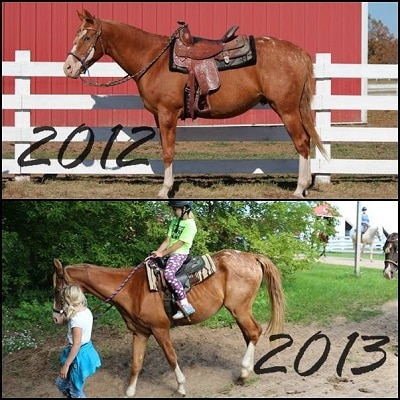 A Wisconsin ranch owner will stand trial after four horses were found dead on his farm and others were deemed in “grave danger.” Michael Feist was bound over for trial on Tuesday.

Authorities allege Feist failed to provide his horses food and water, even after after he received a warning. Advertisements for the stable state Otter Creek Ranch offers boarding, lessons, training, and trail riding services to the public.
The investigation began in September, when officials received a tip regarding undernourished horses on the property, owned by Feist and his chiropractor wife, Dr. Brenda Weierke. Upon inspection, Deputy Jeff Hahn learned the farm housed a herd of about 80 horses.
In November, four horses were discovered dead by authorities, leading to the charges.
Feist is scheduled to be back in court for a pre-trial hearing on February 28, 2014.