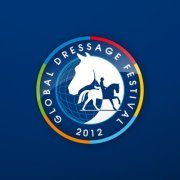 Months of debates, politics, lawsuits, and fighting over the $80 million Equestrian Village project in Wellington ended in the wee morning hours Wednesday with a unanimous vote. The action allows the Global Dressage Festival to take place for the winter season.
It didn’t come easy, taking three rounds of voting according to The Palm Beach Post, since Councilman John Greene recused himself from the five-person council, due to a conflict of interest.
This council revoked approvals earlier this year that the former council had granted, because those in charge of the project missed a deadline and didn’t file for an extension.
The show will go on with a list of conditions. Shows are allowed between November 2012 and April 2013 although only 2,000 people are allowed per day at events, due to the parking limitations. On weekends, events must wrap-up at 10PM, and the entry point will be from South Shore Boulevard.
The Global Dressage Festival states on its website that it is one of the richest dressage circuits in the world – offering $275,000 in prize money for five international competitions. The location is near the Winter Equestrian Festival (WEF.)
Although the lawsuits have been halted for now, the opposing parties are reportedly scheduled to go to mediation later this year.