A horse turned out in August 2012 at Gray Fox Farm's Petaluma location before relocating to West Marin.

Updated January 7, 2013
Two additional mares have been seized from California horse breeder Jill Burnell, according to Marin Humane Society Animal Service officials.
The two horses were allegedly suffering from neglect when animal services inspected the property on January 4th, and they were removed.
A source close to the investigation tells Rate My Horse PRO that a stallion and mare were removed on December 27, 2012 from the Gray Fox Farm owner’s property. Neglected animals and inhumane living conditions allegedly led to the seizure. Officials said in a written statement that the injured stallion and malnourished mare are receiving treatment.
More than two dozen horses remain on the property and are being monitored by authorities. Since Burnell is a breeder, the impacted animals reportedly include foals, mares in foal, and stallions.

Additional details are currently limited since the investigation is on-going.

Burnell has reportedly hired attorney Maggie Weems, who is a horse enthusiast. She recently defended former international dressage rider Gwen Stockebrand, who took a conditional dismissal in her horse cruelty case this past December.
Burnell’s website, which appears to be outdated, says she stands the stallions Redwine, Romantic Star, Federalist, and Aloha.
Warmblood breeders from across the country are raising funds for the seized horses’ care by donating stallion breedings. Leg-Up Equestrian Assistance is operating the online auction that features the stallions of Rainbow Equus Meadows, Home Again Farm, and many others. Bidding is currently open. The money will go to the Marin County Humane Society.
We will bring you more information as it becomes available. 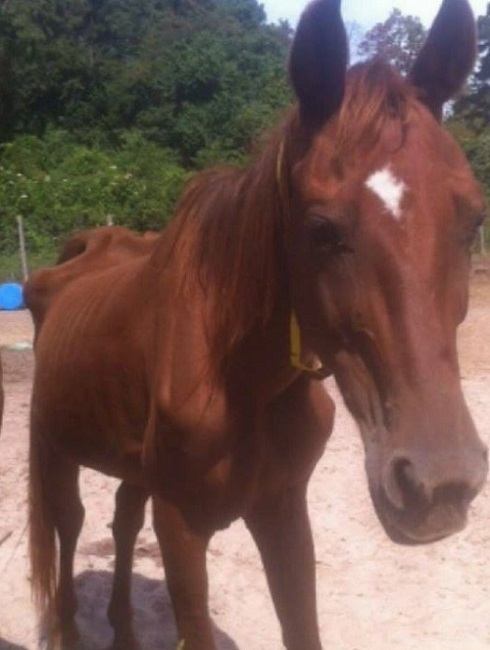 A Texas quarter horse breeder has one week to provide veterinarian care to at least two dozen ailing horses or they may be seized, according to authorities. Premium Star Ranch located on League Line Road in Conroe is owned b...
Read More