Screen capture of alleged abuse at the hands of Kim Smith.

A criminal investigation is underway after alarming video surfaced of a horse trainer allegedly beating a school horse at the Tennessee hunter/jumper facility, Cumberland Riding Academy (CRA). The stable’s head trainer, Kimberly Smith, was caught on video repeatedly striking a gelding with a lunging whip when he wouldn’t go forward. 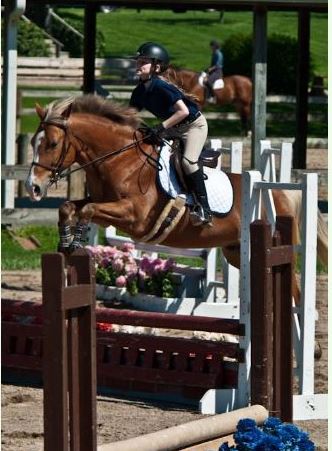 Sgt. Sean Ryan with the Sumner County Sheriff’s Office Animal Control Division tells Rate My Horse PRO the department received a complaint regarding the incident on Monday. When asked about the video, Sgt. Ryan says he is unable to comment on it at this time since it is an active animal cruelty investigation.

Concerned horse owner Brandy Higdon contacted Rate My Horse PRO Monday with the videos. A young student had the foresight to record the alleged abuse of the lesson pony, Cowboy. The chocolate palomino welsh cross is owned by Cumberland Riding Academy.

In the second video, a young person’s voice states, “I think he may be freaked out possibly — you may be freaking him out too much.” The young person laughs nervously when her plea goes unanswered.

Horse trainer Smith continues her lunging session with Cowboy after readjusting the bridle.

Warning – the following videos may be too disturbing for some.


“You can’t justify the video away,” says Tara Oliver, who inquired about boarding at Cumberland Riding Academy not long ago, but ended up at another local facility. Oliver says she saw the video online Sunday and called the stable’s owner, Daniela Romo-Leroux the next morning. Oliver says she was disturbed when Romo-Leroux called the person who took the video a criminal. “Something needs to be done. I’m upset by this whole thing,” Oliver lamented.

Romo-Leroux did not return our call seeking comment. She did release the following statement:

“The safety of CRA’s students and horses is of utmost importance to our organization, and abuse of our animals is not tolerated. CRA has been in operation since 2007 and has trained hundreds of Middle Tennessee equestrians. This is the first time allegations of abuse have been levied against CRA or a member of our staff. We are taking this matter very seriously.”


Cumberland Riding Academy is located in Hendersonville. The farm offers boarding, training, and show services. Smith is advertised as a Grand Prix rider and trainer, although we have not independently verified the information.

Higdon, who originally contacted us says, “thank you for your help… I’m just wanting this stopped.”

Stay with us as we continue to follow this investigation and bring you the latest.