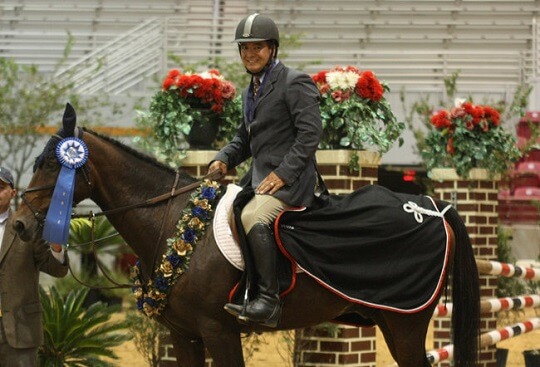 After hearing testimony for four days, the Harrison County jury made a unanimous decision Friday. It is the second acquittal for the South Carolina equine veterinarian. “I am incredibly relieved,” Gamboa says.

If convicted, Gamboa faced up to 15-years in prison for something he says he didn’t do.

A grand jury indicted Gamboa on a charge of touching a child for lustful purposes in March 2014. Three months prior, Gamboa was charged in Aiken after being accused of touching two boys.

Aaron G. Walsh of WalshLaw, PA secured not guilty verdicts not only in last week’s case, but also in the July 2015 Aiken County trial.

Walsh tells us in an email, “I live in a world with few coincidences.” He says six days after an ethics complaint submitted by five veterinarians failed in South Carolina, two different, horrible accusations were made in two states.

Walsh adds the accusers lied to police about knowing each other or being connected.

“His livelihood was almost completely ruined by people who did not, and do not, care [about] who they step on,” Walsh adds.

Gamboa says the last three years have been hell. He was suspended from the United States Equestrian Federation due to the charges. He lost 95% of his horse show veterinary business.

USEF lifted Gamboa’s suspension, which will allow him to return to the full scope of his veterinary practice.

“My family got me through this – and God. They knew I was innocent,” Gamboa says.

Our call to the prosecutor was not returned.