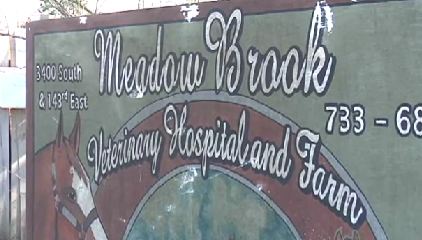 A well known Kansas veterinarian charged with 71 counts of animal cruelty makes a deal with prosecutors.

John Brooks agreed to sign over ownership of 61 of the horses to authorities. Court documents state the county will dismiss one count for each horse relinquished.

The remaining 10 horses will be placed with Brooks under conditions. The terms mandated by officials include random checks by authorities and that the Meadow Brook Veterinary Hospital owner cannot acquire or care for any other horses.

Eleven of the horses seized were under Brooks’ care or being boarded at the farm by their owners. They will be returned.

The remaining horses will be adopted to new homes. Brooks’ attorney Lynnette Herrman says it’s been a difficult time for her client, “He wants what is best for the horses and this agreement allowed that to happen sooner – to get them into homes.”

Sedgwick County Animal Control seized 71 horses from Meadow Brook Farm earlier this month. Inspectors reported they found “no hay or grain,” that the horses “were without water or had minimal water to drink,” and that the stalls were in “deplorable condition, packed with feces and completely urine-soaked.”

Brooks paid just over $21,000 for the horses’ care to date; he still owes almost $3,500 according to the prosecutor’s office.

A hearing has been scheduled for August 13 to determine if Brooks met the conditions of his plea deal. The remaining 10 charges could be dismissed at that time.