Lesions on a horse's tongue caused by vesicular stomatitis.

Update July 23, 2014
The Texas Animal Health Commission (TAHC) reports it received confirmation of three new cases of vesicular stomatitis (VS) in horses in the central part of the state.
One is located a mile northwest of Webberville in Travis County. Another is located 4 miles east of Webberville in Bastrop County and the third is premises is located 8 miles southeast of Seguin in Guadalupe County. The horses are being monitored by veterinarians and the premises are under quarantine for at least 21 days until after all lesions have healed.
Since late May, 13 locations in eight Texas counties have had confirmed cases of VS including Kinney, Hidalgo, San Patricio, Nueces, Jim Wells, Bastrop, Travis, and Guadalupe counties.
The Kinney County property has been released from quarantine, according to state officials. On May 28, officials announced the first cases of vesicular stomatitis in the U.S. for 2014. The disease was last seen in Texas in 2009.
On July 8th, the first VS cases in Texas cattle were announced after being confirmed in two head in south Texas, about six miles southwest from Mathis.
Five days earlier, a horse 10 miles south of Mathis was confirmed to have VS.
Many animals recover after a couple of weeks, but if the vesicles become infected, officials say the recovery process, which includes treatment of the horse’s symptoms, may take longer. Symptoms include blisters and sores in the mouth, tongue, muzzle, teats, sheath, or hooves. Other animals, including cattle, pigs, sheep, goats, and llamas, can also be infected.
Owners are urged to report symptoms to their vets immediately since VS is highly contagious and resembles other diseases such as foot and mouth disease.
While rare, humans can also be infected with the disease when handling affected animals. Symptoms are flu-like, with fever, muscle-aches and headaches.
There is no vaccine to prevent the virus. Experts believe insects, including black and sand flies, play an important role in the transmission of the virus, so insect prevention is recommended.
Several states including Florida, Kentucky, Illinois, North Carolina, and Oklahoma have enhanced the entry requirements for Texas livestock, including horses, due to the cases of VS. 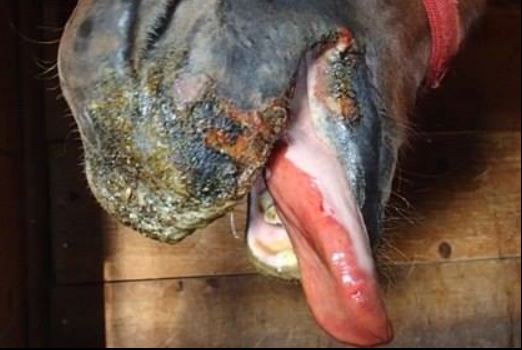 Wyoming is now the fifth state to have a horse that has tested positive for vesicular stomatitis. The Wyoming Livestock Board says the affected horse was at the Cheyenne Frontier Days for five-days before the horse's lesio...
Read More

The Colorado Department of Agriculture confirms there are 19 locations across four counties that have tested positive for vesicular stomatitis and are under quarantine....
Read More

Colorado agriculture officials confirm horses in two counties have tested positive for vesicular stomatitis (VS). The state veterinarian says the horses involved have no history of travel....
Read More

The Texas Animal Health Commission (TAHC) has confirmed a new case of Vesicular Stomatitis (VS) in a horse. The equine is located in Ward County....
Read More

New Mexico officials have confirmed two horses have tested positive for vesicular stomatitis (VS). Properties in Grant and Otero counties are under a mandatory quarantine....
Read More 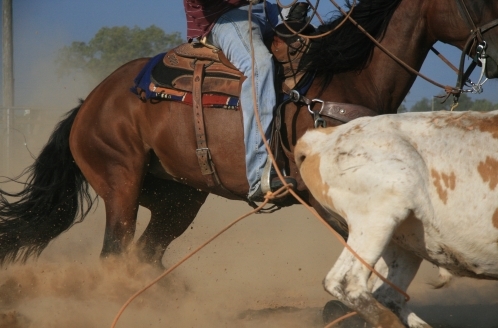 The Colorado Department of Agriculture's State Veterinarian's Office added another seven quarantines to the locations affected by vesicular stomatitis. The number of current quarantines stands at 51....
Read More

The number of infected horses continues to rise in states with confirmed cases of Vesicular Stomatitis (VS), according to health officials. Texas saw the first cases in late May and Colorado followed in mid-July....
Read More