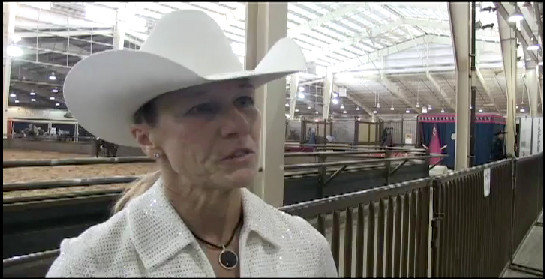 Feds say former quarter horse breeder Rita Crundwell will plead guilty to theft. Crundwell is accused of stealing $53 million during her time as Dixon’s comptroller to fund her horse operation and lavish spending.
The U.S. Attorney’s Office issued a statement that Crundwell is scheduled to change her plea to guilty Wednesday morning in Rockford federal court.
Crundwell previously pleaded not guilty to one federal count of wire fraud, which carries a maximum sentence of up to 20 years in prison. She also pleaded not guilty to 60 felony theft counts in Lee County.
Crundwell’s horses were auctioned off in September which brought in several million dollars.