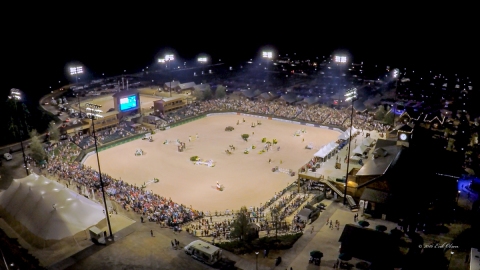 The 2018 FEI World Equestrian Games (WEG) could remain in North America after Bromont bowed out.

Mark Bellissimo, managing partner of Tryon Equestrian Partners (TEP), confirmed this week that the Tryon International Equestrian Center (TIEC) in North Carolina is working to bring WEG to the state.

The United States Equestrian Federation (USEF) communicated its support to the Fédération Equestre Internationale (FEI) regarding the venue’s bid to host WEG. The FEI is the worldwide governing body for equestrian sport and oversees the WEG, which happens every four years. It is the major international championship event for Jumping, Dressage and Para-Equestrian Dressage, Eventing, Driving, Endurance, Vaulting and Reining.

“We are uniquely and immediately positioned to hold all eight disciplines within a central venue,” said Bellissimo in a statement.

The last WEG in North America was held in Lexington, Kentucky in 2010. A state financed study found the economic impact was over $201 million.