A fourth arrest has been made in the soring investigation that started at Larry Wheelon Stables in April. Tennessee farrier Blake Primm was booked last week by Blount County officials and charged with misdemeanor animal cruelty.
The arrest affidavit states Wheelon’s farrier “removed a “package” which is a heavy layered pad, attached with nails to a horse by the name of Jose’s Happy Feet. When the package was removed a blue epoxy was present in the sole of the foot. The sole also appeared to be dremeled out [sanded].” Officials say this is known practice is known as pressure shoeing.
Rate My Horse PRO spoke with Primm, who was candid regarding the charge, but asked we not publish his comments. Primm is out on $500 bond. He is scheduled to be back in court on June 19.
Trainers Randall Gunter and Brandon Lunsford were also recently arrested. Both are charged with felony animal cruelty.
Court documents state Gunter “fixes, rides, and was planning planning to show, In My Pocket. Scars were present on the back of In My Pocket’s front feet. This is a sign of prior soring and is the result of serious bodily injury to the animal.”  The horse was allegedly found unilaterally sore. Swabs tested positive for toxic substances, according to court documents. 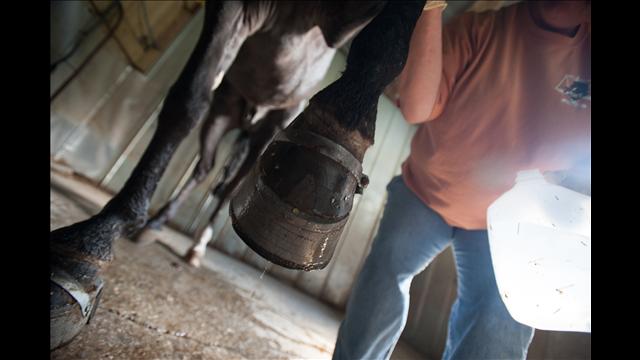 Lunsford is accused of wrapping a mare’s legs with a foreign substance and heavy “log” chains on her feet. Chemical swabs taken from the feet of the horse tested positive, according to Lunsford’s arrest affidavit.
Wheelon’s stable was raided in April. Veterinarians seized 19 of his 27 horses after determining the animals were sored, according to court documents. Several containers of chemicals, including mustard oil, were also removed. Wheelon is charged with felony animal cruelty on suspicion of soring.
Officials say the investigation continues.
Soring is an illegal and abusive method used by some in the gaited horse industry as a shortcut for training. It includes the application of caustic chemicals and painful devices to the hooves and legs of horses to produce the artificial high-stepping “Big-Lick” gait.