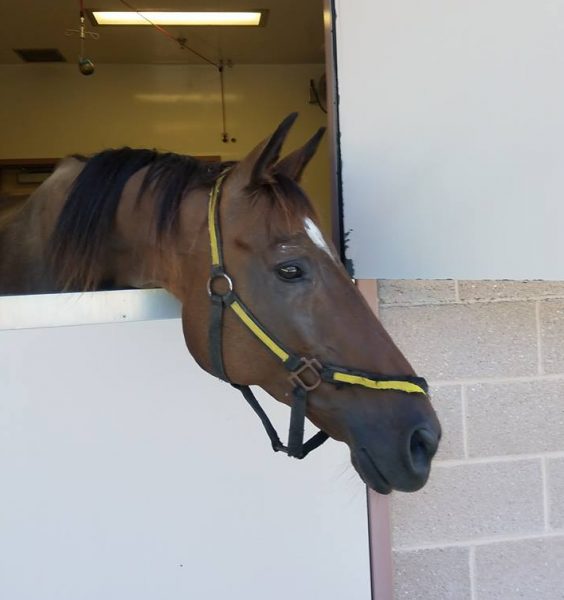 A Thoroughbred mare believed to have had her lip tattoo cut out has been identified by DNA testing. 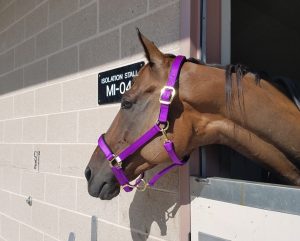 She is an 8-year-old Florida bred that did race. The bay mare has reportedly also been used as a broodmare.

It is not known if there is a criminal investigation by any law enforcement agency.

“I’ve heard about it, there are rumors that this goes on,” says Kelly Smith of Omega Horse Rescue and Rehabilitation Center in Pennsylvania. “I don’t think there are words for it.”

Smith says she is “fairly confident” someone cut the lip tattoo out of a Thoroughbred, possibly in an attempt to cover their tracks, before sending the mare to the New Holland Horse Auction.

The Thoroughbred was slaughter bound. A kill buyer bought the 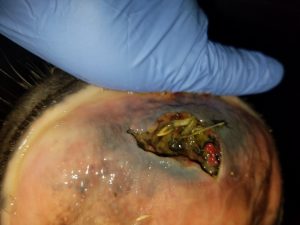 bleached bay Monday, not aware the mare may be the victim of animal cruelty.

An estimated 10,000 Thoroughbreds are cast-off and slaughtered yearly.

Smith pulled the horse to safety and got her to Penn Vet New Bolton Center Wednesday for some much needed medical treatment. The Thoroughbred’s gaping lip wound was painful and a perfect hay trap.

The leggy equine is also suffering from cellulitis in her rear legs and a big knee. And her feet are a mess Smith adds.

The race is on to identify the mare and those most recently affiliated with her. The Jockey Club sent a DNA kit to begin the process. It will take about a week before the results are back.

Microchips are not currently required to register Thoroughbreds, but that is changing with the 2017 foal crop.

Animal control has also been notified regarding the mare’s mutilation.

“What kind of person does that? Let’s see if we can get to the bottom of this,” Smith says.