They’ve been seen in press photos around the world, and are all that remain of Rita Crundwell’s former quarter horse empire. Now, those symbols are being sold.
“The U.S. Marshals Service partnered with the city of Dixon to remove signage depicting symbols of RC Quarter Horses, LLC, from buildings at the Red Brick Road ranch in Dixon, Illinois,” said Chief Inspector Jason Wojdylo with the Marshals Service’s Asset Forfeiture Division. “This is another visible step in the continued dismantling of Crundwell’s equine empire.”
The items represent a dark part of Dixon’s history which continues to play out in the media. The sale includes boulder with engraved initials ‘RC,’ a hand-crafted, John Ivy limited-edition (4 of 12 made) decorative leather saddle and accessories in a display case with podium, and signs featuring Crundwell’s initials of her now-defunct quarter horse operation. 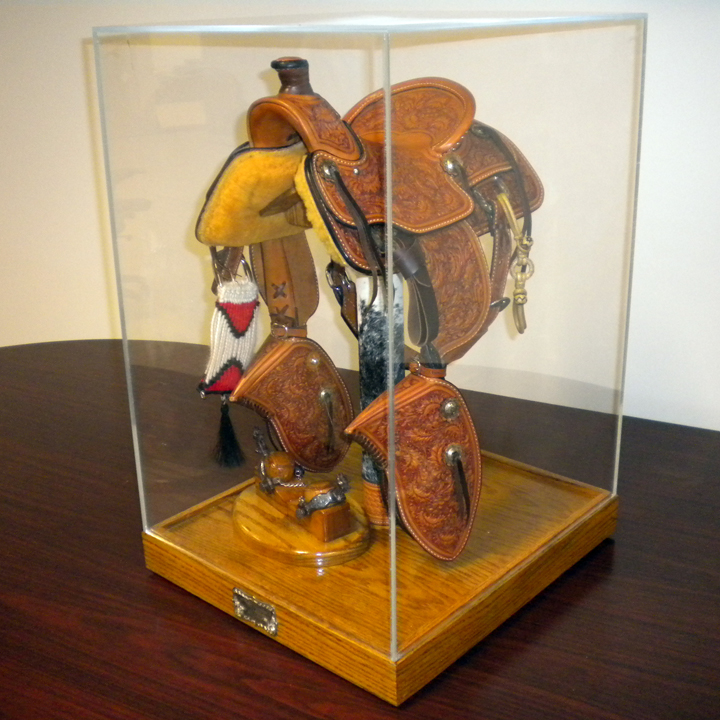 Crundwell was a leading quarter horse breeder in the United States. Formerly the comptroller of Dixon, Crundwell pleaded guilty to a federal fraud charge in November. Crundwell agreed she owes restitution to the city of Dixon totaling more than $53 million.
Since she was arrested on April 17, Crundwell agreed to the liquidation of assets she acquired with proceeds from her decades-long fraud scheme. To date, the U.S. Marshals Service has recovered approximately $7.9 million from the online and live auctions of approximately 400 quarter horses, vehicles, trailers, tack, a luxury motor home and personal belongings two of her homes.
The net proceeds from the forfeited property will be held in escrow pending further proceedings on restitution.
The auction starts Sunday December 16 and runs until Wednesday December 19. Bidders must put down a $100 deposit to participate and there is a $12% buyers premium for items under $10,000. It drops to 6% for items selling over $10,000.