Romantic Star in his earlier years.

The Rising Star Farm owner alleges she purchased the aged warmblood stallion in mid-December from Burnell for $100,000. After a stallion fight ensued on Burnell’s property and Romantic Star sustained injuries. He and another horse (shown below) were seized by the California animal services group the next day.

A report from UC Davis states the Hanoverian presented with a swollen head, multiple lacerations, an eye swollen shut, and swollen front legs with a small puncture wound.

The vet report notes the stallion’s “CBC revealed some inflammation and there were changes on the chemistry due to anorexia and muscle damage.” He was given a body condition score of 3 at the equine hospital.

The complaint filed by attorney Robert Weems alleges Stavisky has demonstrated her ownership and ability to provide care for the stallion at her facility in Georgia, however she has been told the stallion is “evidence, in a criminal investigation.”

The court documents allege “the Society has engaged in and promoted unprivileged slander of title (and reputation) of Dr. Stavisky, interfered with her breeding contracts, prevented her enjoyment of any privilege of ownership including information about, possession and management of Romantic Star. The Society conducted unconsented to and intrusive testing of Romantic Star…” 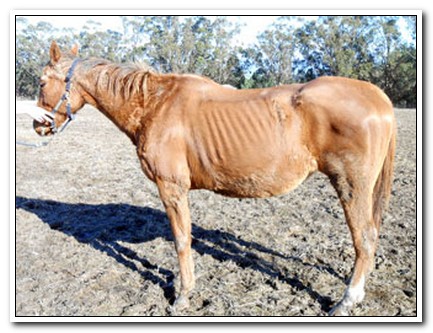 The filing mentions Romantic Star’s “celebrity status” and alleges the humane society posted a request for donations online “based upon their abuse claims, specifically naming Romantic Star, again without the consent of Dr. Stavisky.”

Four horses have been seized from Burnell’s Gray Fox Farm since late December.