Spellbound and his rider Bernadette Chungunco.

Spellbound remains bound in Maryland due to a bond issue. Maria Chungunco was unable to secure a $225,000 surety bond ordered by the court.

The judge heard arguments from both parties Wednesday. While the bond for $225,000 was considered done last week, it was reportedly rejected by various underwriters because the property being used as collateral was not based in Maryland. The Chunguncos are Virginia residents and have no ties to the state. Chungunco now has the option of putting up cash to secure the bond or can leave the pony at Kim Stewart’s farm until the hearing regarding the veracity of the allegations.

The judge stated he recognized Chungunco’s effort and the uniqueness of the case, so he reduced the bond amount to $200,000. He also reiterated that Spellbound will not be sold, but will be retained by Glenwillow Farm, Inc. until Chungunco places the $200,000 bond in the registry of the court.

As part of the pony’s release, the parties agreed at last week’s hearing that Chungunco would pay Glenwillow Farm, Inc. $25,000 for the alleged invoices due on Spellbound. Spellbound’s charges were paid in full. The remaining dispute concerns charges pertaining to other equines. The bulk of the charges are for the horse Exclusive that Chungunco alleges was a fraudulent sale.

Stewart alleged her former clients owed $207,000 when she recently attempted to sell Spellbound at public auction through Flashpoint Bloodstock. The auction was cancelled after Chungunco’s motion for a temporary restraining order was granted last week.

The temporary restraining order remains in effect prohibiting any sale of the pony, according to a court official.

Chungunco has attempted to obtain Exclusive, since there is no legal attachment, but Stewart refuses — claiming she is the rightful owner of the horse.

The parties are scheduled to be back in court on September 10.

Chungunco recently filed suit in Florida against Stewart and veterinarian Hope Batchelor, DVM, alleging fraud and professional negligence. Both parties have been served. 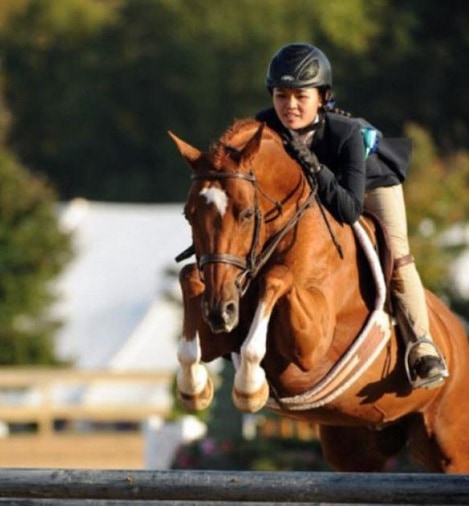 In an effort to halt the public auction of her child's elite pony, Spellbound, Maria Chungunco appeared in court. It is the latest in the billing-dispute-gone-wrong with her child's former horse trainer, Kimberly Stewart, of...
Read More