Mare (top and middle) and foal were two of the horses seized from Shelley Wing.

A New York horse breeder is in jail. Shelley Wing was sentenced to 41 days behind bars by Essex Town Court Justice Steve Sayward on Monday.
Once she is released, Wing will serve three-years probation. During that time, she cannot own or possess any animals, including her dog and goats. Judge Sayward gave Wing 60-days to find her animals new homes.
After she was sentenced, Wing winked at her daughter, Emily Wing, and gave her the “thumb’s up,” according to the Press-Republican.
Wing’s conviction is in accordance with the N.Y. Agriculture and Markets Law. Emily, who was “a person dwelling in the same household who knew or should have known of the unlawful act” cannot own or have custody of any animals on the defendant’s property during the three-year probationary period, according to court documents.

Emily Wing initially faced the same charges, but Essex County Assistant District Attorney Michael Langey withdrew the charges prior to trial. The move came due to a “paperwork issue” when the charges were filed.

Wing’s sentence includes a mental health evaluation and treatment. She must serve 41 days of community service within the year, but not with any type of animal group. She was fined $1,000.
In June, the On a Wing and a Prayer Farm owner was found guilty of 41 counts of torturing or injuring animals for failing to provide sustenance to her herd. The maltreated and starved horses were seized in September 2013 by authorities. The feral equines ran wild and bred randomly on the grazed-to-nothing 20-acre property. 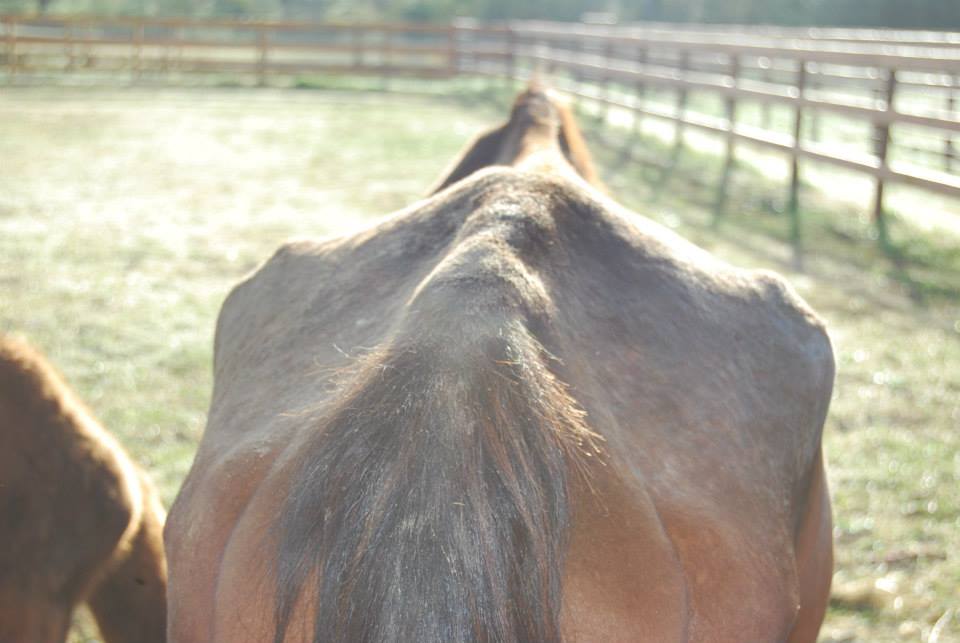 Two horses failed to make it out. Only their skeletons were found in the barn. One still had the spinal cord in a pliable fashion, according to court documents, which indicates a recent death.
After rescuers intervened one horse died. The remaining horses found new homes after Wing was unable to pay a court-ordered bond for the initial care of her horses.
According to court documents, Wing explained she does “not feel she neglected any of her animals as they always had proper food and water.” She commented that people can be very hateful and some people are just out to get her. Wing said she “also feels sad that the media slandered her…”
Wing’s Public Defender William Tansey asked for a lenient sentence for his client saying the loss of her horses was punishment enough.
The prosecution asked for the maximum jail sentence to be handed down. Langey reminded the court that 41 horses were involved. “She still feels that she didn’t do anything wrong.” Additionally, he asked that Wing is banned from owning animals for the next 25-years.
On a Wing and a Prayer Farm advertised its riding lesson program as teaching “beginner to intermediate riders not only about riding, but also about stable management and horsemanship.”
Emily Wing is a former American Riding Instructors Association Certified Instructor. She listed her mother’s farm as her place of business. Her one-time profile on ARIA’s website stated she was certified in Eventing I and Stable Management. ARIA revoked her certification in October 2013 after Rate My Horse PRO contacted the group.
If Wing violates her probation she faces a maximum of two years in county jail, according to Langey.