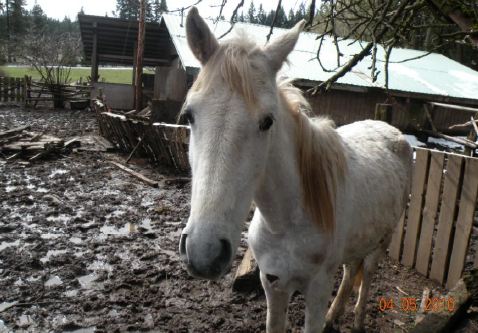 Deputies arrested a Washington horse breeder Wednesday prior to seizing her horses. Nancy Skakel has been charged with nineteen counts of transporting or confining animals in an unsafe manner.

Eighteen horses and a pony were removed by officials due to allegations of unsafe living conditions for horses. Four stallions and at least one mare confirmed in foal were in the group. A judge ordered that the horses be placed with the veterinarian run non-profit organization, Sound Equine Options. Volunteer Elisabeth Wolff, who helped with the seizure says, “The horses’ condition was better than we expected however the property was the worst I’ve ever seen.”

In 2010 Skakel sought help to place more than a dozen horses including stallions and mares in foal. Volunteers reported at the time that all of the horses offered for free did find homes. 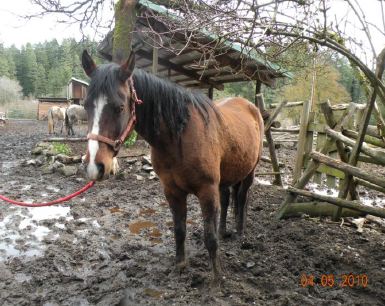 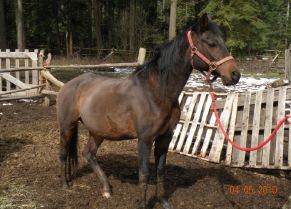 These horses were also offered during the herd dispersal in 2010.

Skakel was charged with three counts of livestock at large in May 2011 for her horses being loose according to court records. Two of the counts were reportedly dismissed, however $200 of the $250 fine is unpaid for the remaining citation.

Skakel bonded out of jail. Her next court appearance is scheduled for March 7.

Rate My Horse PRO was unable to reach Skakel for comment.