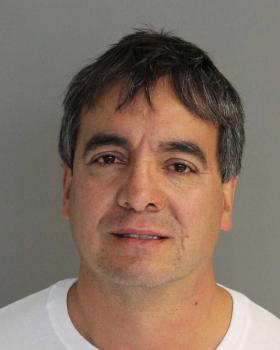 A South Carolina veterinarian is accused of touching children inappropriately, according to deputies.

Juan Gamboa of Gamboa Veterinary Services in Aiken was arrested Thursday after turning himself in to authorities. He faces two counts of lewd acts upon a child under 16.

Gamboa allegedly committed the acts against two eight year-old boys over a three-month period, between June 1 and August 14, 2013. The police report states one of the victims told an adult about the alleged abuse after Gamboa “came in while he was changing, kissed [him] on the lips, and fondled [his] genitals.”

Both arrest affidavits state Gamboa “did willfully and lewdly commit a lewd or lascivious act upon or with the body, or its parts, of victim, a person under sixteen years of age, by fondling the penis of the 8 yoa victim.”

Gamboa was released on $15,000 bond and is due back in court for his first appearance on March 3.

Gamboa has been practicing equine medicine, mainly in the hunter/jumper world for 23 years. He is licensed to practice in Florida, Georgia, Mississippi, and the Carolinas, according to his website. Gamboa, his wife, and 13-year-old son also compete.

The case remains under investigation. Stay with Rate My Horse PRO as we bring you more information.