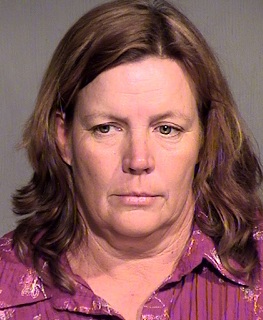 An Arizona riding instructor was arrested yesterday for allegedly starving her horses. Michelle Salazar turned herself into authorities, and is charged with two counts of felony cruel neglect and four counts of misdemeanor cruel neglect. Three of her horses have been euthanized to date.

The treating veterinarian reports the horses scored a 2 or less on the Henneke Body Condition Scale. The ideal body score for most horses is between a 5 and a 6.5 according to experts. A horse that is scored a 1 is extremely emaciated, lacks fatty tissue, and needs immediate care. One of the horses was was in such poor condition it had to be euthanized at the farm. The remaining six were taken into custody. 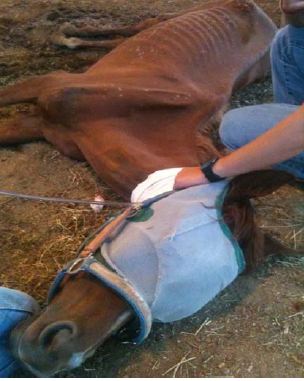 This isn’t the first time investigators have been called to the property regarding Salazar’s horses. They say their investigation began in 2011, and Salazar’s level of cooperation has dwindled with time.

Salazar advertises that she is an ARIA Certified Instructor. We were unable to confirm her certification, however she is not listed on the American Riding Instructors Association website as a certified instructor.

Stay with us for more information on this case as it develops.