Injured, alone, and in shock, a colt believed to be only days old was rescued from the bottom of a ravine in California, according to authorities. His rescuers named the brave chestnut baby with the long blaze Valentine since he was discovered on Sunday, which was Valentine’s Day.
The Freemont Police Department says it believes Valentine may have been stranded for two days in the cold. Initially, a veterinarian said the foal would need surgery to correct his injury. 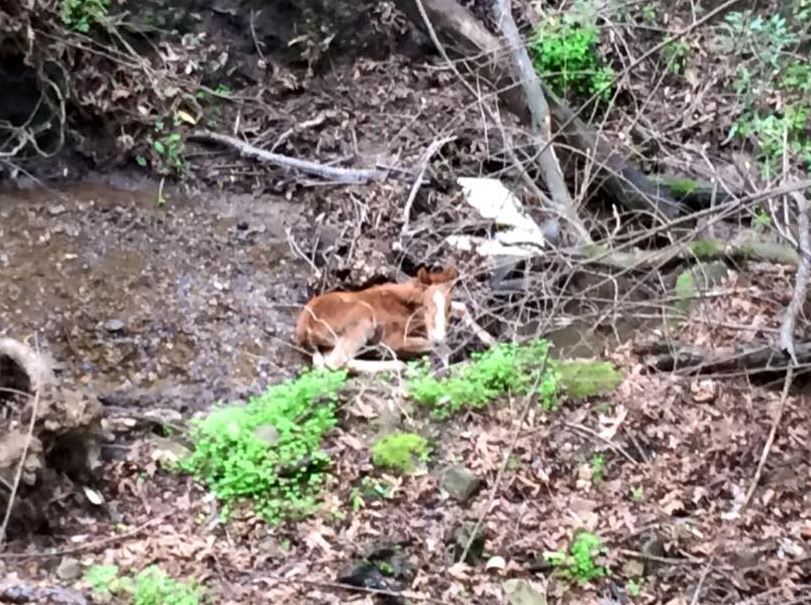 The community rallied raising almost $16,000 in less than a day to fund Valentine’s surgery cost. More than 200 donations were received.
On Tuesday, Valentine was seen by vets at UC Davis School of Veterinary Medicine, who determined the colt has a broken pelvis and broken rib. Valentine won’t need surgery, but he will need to stay at the hospital for about two weeks. The cost is estimated to run about $16,000, so the public’s generous donations will help cover Valentine’s rehab.
Authorities are now trying to figure out who owns Valentine. It is not known how he was separated from his mother or where she is at this time.