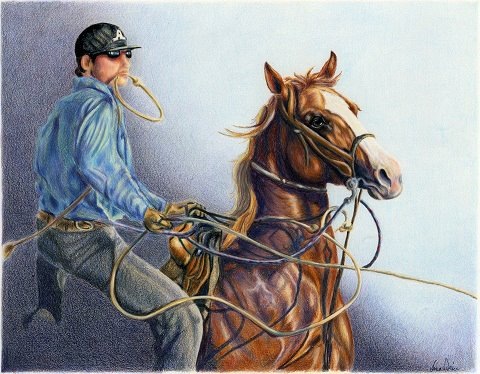 The roping horse Credit Card was a victim of horse theft and slaughter - the SAU horse theft.

In Memory of Credit Card

The sorrel Quarter Horse was killed by a group of callous predators. They stole him along with his four stablemates in early November 2011. Authorities say their motive was money, however, it isn’t clear why they killed Credit Card.

A very special thank you to Dustin Craig and his band Buck Sixx for providing us the original song “Her Heart Is A Rodeo”.

Authorities released Jaci Jackson from prison on Monday, November 23, 2015. She served less than two years behind bars in an Arkansas prison.

Her mother, Wendi Cox masterminded the plan is serving a 60-year prison sentence.

And Cox’s former love interest, William “Billy” Hamilton, Jr., became eligible for parole in July 2017. In the end, Hamilton served only 60 months of his 30-year sentence prior to his release.

No stranger to crime, Hamilton is back in prison in Howard County. He’s now serving a sentence of 84 months in another theft of property case.

For even more about this case, buy the true-crime novel, Rough Stock