The first contraceptive vaccine known as PZP, which is for horses, is registered in the United States.

The first contraceptive vaccine for horses in the United States has been registered. After two decades of research, experts say porcine zona pellucida (PZP) will become more readily accessible as a management tool to control wild horse populations.

The vaccine causes the production of antibodies that bind to the sperm receptor site on eggs and block fertilization. PZP was first used on wild horses in 1988 when a team led by Jay F. Kirkpatrick, Ph.D., the director of the Science and Conservation Center began a pilot project on the famous wild ponies at Assateague Island National Seashore off the coast of Maryland.

In the study, the vaccine was applied remotely, via small darts so the horses were never handled. The vaccine’s contraceptive effects were reversible, pregnancies in progress were not affected nor was the health or later fertility of the foals born to treated mares. The highly social complex of wild horses was unaffected, and there were no long-term deleterious health side effects according to the study.

“We have put a great deal of time, care and effort into the development of this vaccine, and official registration is a tribute to the many people and organizations that have put it to work to help wildlife over the past 24 years,” Kirkpatrick said.

The successful use of this vaccine on Assateague Island led to the implementation of the current landmark study being conducted by The Humane Society of the United States in partnership with the Bureau of Land Management and financed by a grant from the Annenberg Foundation. Increased use of PZP by the BLM could save taxpayers millions of dollars over the next decade according to The HSUS and BLM. 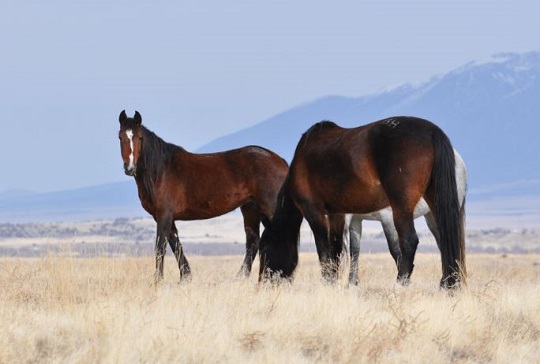