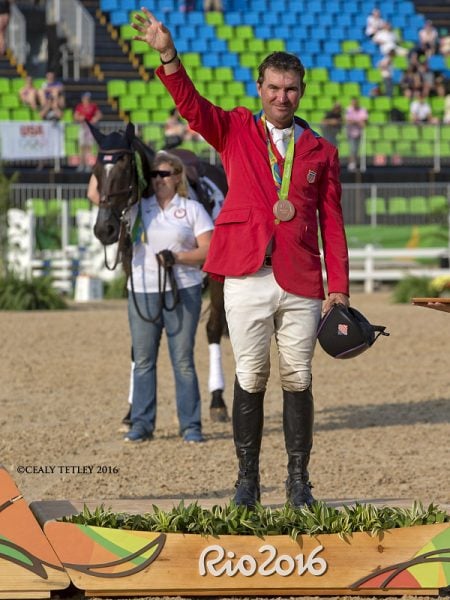 Phillip Dutton, of Pennsylvania, and his mount Mighty Nice, won the bronze individual medal behind the unstoppable Michael Jung of Germany and France’s Astier Nicolas.

The win is the biggest career finish for Mighty Nice, a 12-year-old Irish Sport Horse owned by the HND Group. The gelding, also known as Happy, was owned by Bruce Duchossois who died in 2014.

“It’s been a great weekend for the horse,” noted Dutton. “He got a little knocked around yesterday, so I was just grateful to get here. It’s been a great achievement for him. Bruce would be really proud of him. I was happy with fourth and now I am quite ecstatic with third!”