A photo capturing Swedish dressage rider, Patrik Kittel, has reignited the rollkur debate in the horse community. Kittel was warming up his horse Scandic on Thursday when the image was captured.

Dressage enthusiasts worldwide called for Kittel’s disqualification from the Olympics, however, he competed Friday posting a 74.03. His score qualifies him – among thirty – to compete for an individual medal.

The Fédération Equestre Internationale (FEI) initially responded on its Facebook page to the outrage and allegations of abuse calling the image a “moment in time.”

“We are aware that there is concern about some training methods, but photographs can be misleading. Rest assured that our stewards are always there, on the ground, monitoring all training sessions. We are on the case.”

While the FEI tried to calm fans, its Facebook page continues to receive hundreds of posts, many angry, calling for action.

As more photographs surfaced throughout the day, we pressed the FEI for additional answers.

“We completely agree that the pictures are unattractive, but we have spoken to the Stewards who were monitoring the session and they have clearly confirmed that Patrik Kittel was not in breach of the rules as he only maintained the horse’s head and neck in that position for very short periods,” says FEI Dressage Director, Trond Asmyr, in a statement to Rate My Horse PRO.

The rules state that “deliberate extreme flexions of the neck involving either high, low or lateral head carriages, should only be performed for very short periods. If performed for longer periods the steward will intervene,” he says.

So what qualifies as a “very short period of time?” Asmyr says, “there is no time frame specified as it is a judgment call that is made by the Stewards on duty based on the actual facts of the situation.”

We did not receive an answer when we asked if this meant seconds or minutes. 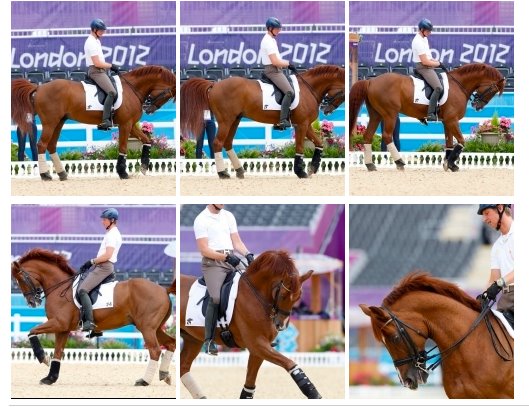 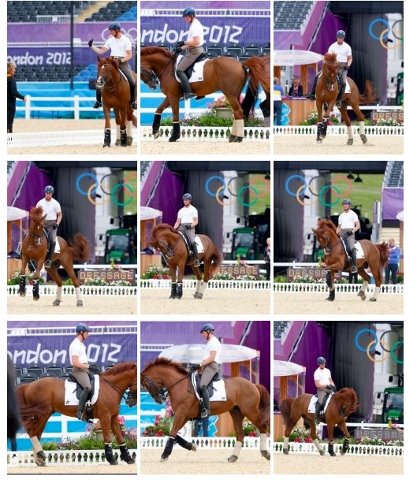 “The surprise of the day came when St George (again of course) put pictures from the training up, I really think they went below the belt this time,,, I for sure have not ridden Scandic in any way that will harm him, but I seem to be a good target to get clicks for… Anyway, I have so much support!!! And to the critics All I can say don’t believe photos that were taken in a bad moment go to the Show and see for yourself then believe.”

Kittel is no stranger to scandal. The infamous “blue tongue video” from 2009 shows him riding his stallion hyper-flexed to the point the horse’s tongue is blue, and hanging out of his mouth. After review, the FEI ruled “there is no reliable evidence that the warm-up techniques used by Mr. Kittel were excessive.”

A photograph also captured Netherlands rider Patrick van der Meer riding Uzzo in an unsightly moment during warm-up. The pair posted a 70.91, slotting them into 25th position, and making them eligible to come back next week to compete.

The technique known as Low, Deep, and Round (LDR), which according to the FEI achieves flexion, without undue force, is accepted by the governing body. 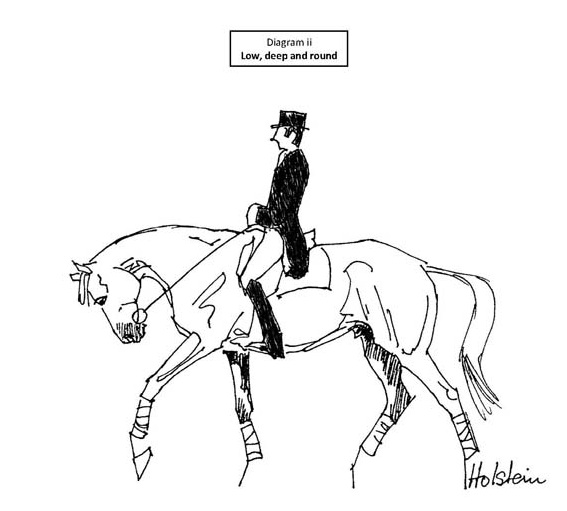 As the world watches equestrian sports on the Olympic stage, the debate continues regarding acceptable training methods, and whether rules to protect the horses are being enforced.

Kittel is scheduled to compete on Tuesday when the dressage competition returns to Greenwich Park.