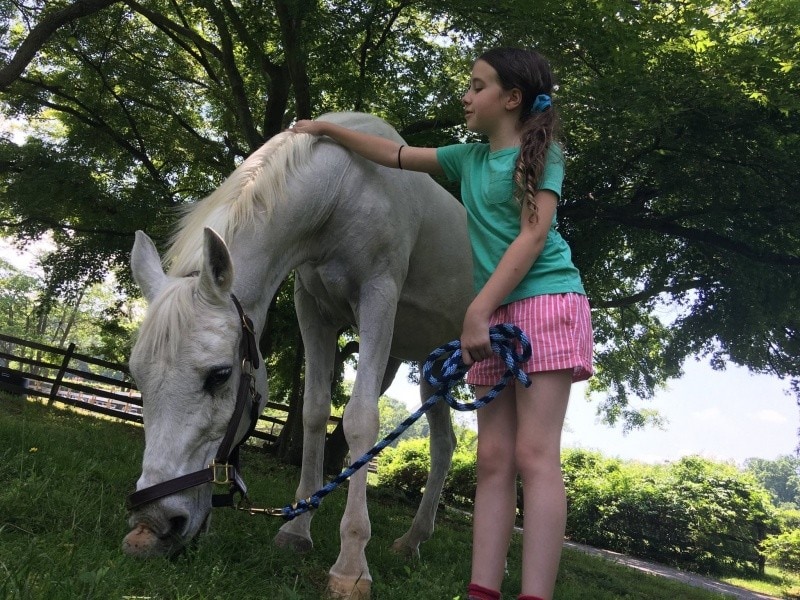 The abandoned mare that recently made national headlines after she was adopted by Jon and Tracey Stewart has died.

Lily passed peacefully Sunday surrounded by those that loved her, according to a statement on The Daily Squeal. “We stroked her hair and told her over and over again how loved and special she was. She was under her favorite tree on soft grass.”

Lily’s goodbye was sudden after she stumbled and fell hard on her neck causing a break.

“When we knew there was nothing more we could do for her we covered her in kisses and kind words and said our good-byes,” the Stewarts said.

“Our hearts are aching we had so many more fun plans for her. She was beyond special and beyond loved. We are comforted knowing that we were able to give her peace. She left this world feeling love.”

Lily was found at New Holland Sales Stable in March by a horse rescuer. Kelly Smith of Omega Horse Rescue got the emaciated and almost blind mare some much needed medical attention.

Lily’s story is a reminder of how some horses are seen as disposable by their owners. Tracey Stewart says she is looking to change that thinking.

“She will live on in our hearts and in our fight to protect, love and cherish all animals,” the statement read in closing.