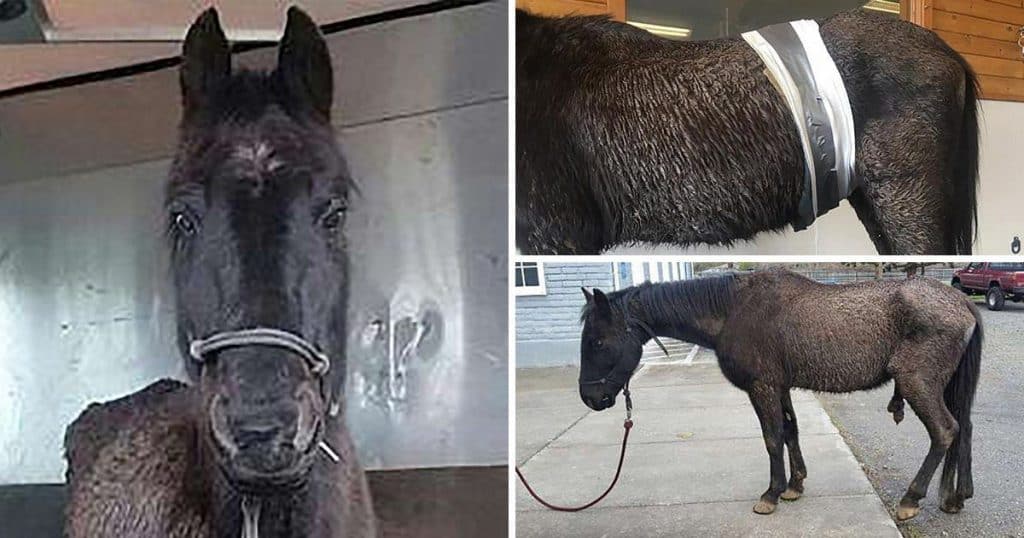 An Oregon judge dismissed a $100,000 lawsuit filed in the name of a formerly maltreated horse, finding that animals don't have the right to sue.

Attorneys for the Oregon horse named Justice appealed the dismissal of the lawsuit filed last year.

The Animal Legal Defense Fund is fighting to establish that animals have a legal right to sue their abusers.

The horse was neglected which left him permanently injured, according to the organization.

See his story and court case below.

An Oregon judge dismissed a $100,000 lawsuit Monday filed in the name of a formerly maltreated horse.

Animal rights advocates filed the suit on behalf of Justice against his former owner. Although, Washington County Pro Tem Judge John Knowles tossed it. He opined animals don’t have a legal standing to sue under state law.

During a hearing last week, one of the attorneys for the Animal Legal Defense Fund argued animals are sentient beings.

No court has ruled animals should have similar rights as human victims that allow them to seek damages through civil action.

Gwendolyn Vercher, Justice’s former owner, pleaded guilty to animal neglect. She is serving three years of probation and cannot own any animals for five years.