Carrot was reportedly the first of three horses to die at Avalon Stables within days.

A preliminary investigation into the death of three horses at a North Carolina boarding stable is underway, according to animal control.
Avalon Stables, located in Goldsboro, was home to eight horses until Friday. When the winter storm blew in during the week, it proved to be too much for two horses’ bodies. The farm’s operator, Andrea Pendergrass, allegedly posted a frantic message on Facebook saying two of her horses had been down for a couple of hours and they couldn’t get them up. “They are getting hypothermic… They will freeze to death if we don’t get them in.” The animals died within 24-hours of each other after they were both drug inside the barn on tarps.
A Belgian draft mare was euthanized Friday after her health continued to fail.
The stable advertises on its website that horse boarding services and lessons are provided by Pendergrass. It states she is a graduate of St. Andrews Presbyterian College, where she studied equine business management. We have not verified this 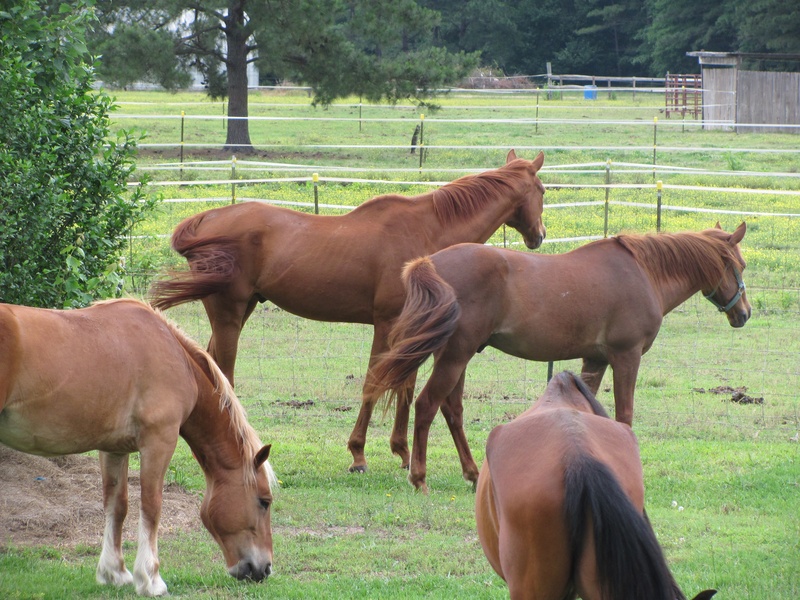 claim.
“This doesn’t happen overnight. I am appalled. I don’t know how you can walk out of your house and think that it is ok for your horses to look like that,” said horse owner Brittany Schultze. She said she has called Wayne County animal control regarding the horses’ poor conditions three times over two years. The most recent was in December 2013.
Wayne County Animal Control Officer Wayne Benton tells Rate My Horse PRO the only complaint received regarding Avalon Stables was several months ago about horses running loose. “We are looking at all facts and the evidence at this time.” (herd photo uploaded to Avalon Acres’ site in 2012)
A crucial piece of evidence is being gathered by the United States Equine Rescue League, Inc (USERL.) They are involved because Pendergrass adopted two of the non-profit’s horses in 2010. The group picked up its horses on Friday and Pendergrass’ adoption-lease agreement was terminated, according to USERL Board Chair Amy Woodard. “They were not in the appropriate body condition and one went to the vet clinic for intense treatment.”
Pendergrass also signed over the three dead horses’ carcasses to USERL, according to Woodard, which were sent off for necropsies.
Benton said, “we are waiting on the results from the necropsies to determine if there will be a criminal investigation.”
Animal control removed two boarders’ horses at their request, according to Benton. Those animals have been released back to their owners. A third horse boarded at the farm was also relocated to a new farm by her owner.
“Personally, I think they [animal control] failed to do their job,” said Schultze.
A message left for Pendergrass on Tuesday was not returned.