Mickey and his owner Kristina Boyd before he died in April 2017.

The State of California Department of Food and Agriculture (CDFA) Feed Inspection Program confirms that the investigation into Nutrena’s horse feed was closed on Friday, June 16.

The following investigation summary was provided to our team:

On Monday, May 15, 2017, CDFA’s Feed Inspection Program was notified of a possible monensin toxicity event at a horse ranch in Los Angeles County which resulted in two horse deaths.  The horses had consumed forage along with the manufactured feed.

Also, on this date, a second notification was received by the program, involving three horses being treated for “colic” like symptoms at another ranch located in the Los Angeles area. The horses were treated by veterinarians and no deaths occurred.

The feed consumed by the three sickened horses was from a different lot of feed manufactured than that of the original complaint.

On Tuesday, May 16th  CDFA’s Feed Inspection Program initiated a full investigation of the feed manufacturing facility located in Stockton. All drugs logs, production records, and finished product/sack count were observed to be in full compliance with all company tolerances and protocols, as well as all good manufacturing practices concerning medicated and non-medicated feed manufacturing.

Also on May 16th, a CDFA Special Investigator based in Southern California visited both incident locations and obtained 6 samples of the suspected feed on site. All samples were submitted to CDFA’s Center for Analytical Chemistry Laboratory (CAC) and were analyzed for several possible contaminants including, but not limited to, monensin. All samples were reported from the CAC on May 24th as “None Detected” for monensin.

The Feed Program has ruled out monensin and/or any Ionophore contamination of this feed. The cause of death of the two horses is undetermined at this time.

The feed manufactured by the inspected facility was manufactured in full compliance with all state and federal laws and met all quality guarantees purported on the feed label.

Nutrena has released an updated statement regarding two horse deaths in California.

The company says it is “confident that the unfortunate deaths of these two horses was not caused by monensin contamination in our feed [sic].” The statement is the result of an inspection conducted by the State of California Department of Food and Agriculture (CDFA), in addition to the testing of multiple feed samples and gut contents.

Nutrena states testing of reserve feed and the gut contents did not contain monensin. We have requested the feed types, lot numbers, and documentation from the company and CDFA.

We have been unable to verify the current status of the CDFA investigation through the state.

Stay with us as we bring you more information as it becomes available.

Boyd’s 18-year-old Hanoverian gelding dropped dead in his stall on April 25. Two days prior, Boyd says Mickey didn’t seem like himself. “He was sluggish, he didn’t want to trot, so I put him back in the pasture.”

Boyd says she initially thought Mickey suffered a heart attack. That is, until his stablemate that shared the same bag of Nutrena feed, died suddenly. After Tango died, Boyd called her veterinarian, who reportedly told her about monensin, which led to the state’s testing of the feed.

“I had never heard the word monensin,” Boyd adds. She says if she had known a “toxic ingredient” meant for cattle was milled at the same place as her equine feed she would not have purchased it.

Producers use the ionophores monensin and lasalocid to promote more efficient growth in cattle. Both are highly poisonous to horses. The level of toxicity is dose and individual dependent. Symptoms may include colic, sweating, muscle wasting, nosebleed, fatigue, bloating, kidney failure, heart damage, respiratory distress, and the inability to stand.

There is no antidote for monensin poisoning.

“The test results were a surprise to us along with the horses’ symptoms,” Roy Johnson, a Cargill Equine Feed Expert tells Rate My Horse PRO. He adds the company is conducting its own “thorough investigation”.

Nutrena obtained samples of hay, forage, and water from La Tuna Stables for testing. “Our goal is to find out what happened to [the] horses. If it’s our problem, we own it,” Johnson adds.

While it is not certain that the two deaths are related, it does not appear that the deaths were the result of monensin poisoning, Nutrena said in a public statement. The company also promised transparency throughout the process.

Nutrena manufactured the dry pelleted senior horse feed at its Stockton, CA plant. Tim Loesch, Communications Director for Cargill Animal Nutrition tells us the location “does have monensin onsite but uses a monensin-free packing line for our equine feeds.” It also manufactures feed for poultry, swine, and dairy cattle, but only in bulk for the latter, Loesch notes.

Although Nutrena claims the majority of its manufacturing mills are monensin-free, Loesch wouldn’t share how many are also milling medicated feeds for other species, citing Cargill’s “confidential production practices”.

Cargill Feed and Nutrition has 44 feed mills in the U.S., which 22 of the plants produce retail horse feed. Loesch says there is no connection between “the medicated feed license status and whether they have monensin on site.”

The toxicology report from UC Davis detected lasalocid in “trace concentrations” from the initial feed sample.

Monensin was detected above the reporting limit of .1 ppm (parts per million) but the actual concentration is estimated to be below 1 ppm, the report adds. “Below the 1 ppm, the estimation is not accurate, though considered positive. Concentrations of 1 ppm are common in commercial feeds due to carryover issues in the processing plants.”

The FDA maintains there is no acceptable amount of monensin allowed in equine feed since it is not approved.

On the farm, contamination may pose a risk for horses living with cattle or other ruminants that eat medicated feed.

Two goats and two mini-alpacas are residents at La Tuna Stables, which offers horse boarding near Burbank. Boyd says the alpacas eat timothy hay but she isn’t sure what the goats eat since their owner feeds them. “The goat feed is in a separate room away from the horses’ feed,” Boyd adds.

Cross-contamination in the milling process of equine feed, due to human error or mechanical failure, can expose horses to varying amounts of monensin.

Boyd says after the test results came back on Thursday, May 11, her conversation days later with Johnson, Cargill’s Equine Feed Expert was “a bit disappointing”. “We have two horses dead and monensin shouldn’t be there. He just wanted to tell stories. It didn’t seem like he wanted to take any responsibility.”

Boyd continues, “it is very suspicious. There should be no monensin in horse feed, no matter how small the amount.”

No expert or regulatory body has opined how the horse feed may have become contaminated.

Nutrena has not issued a product recall. Read the company’s full statement here.

Stay with us as we continue to provide updates as confirmed information becomes available. 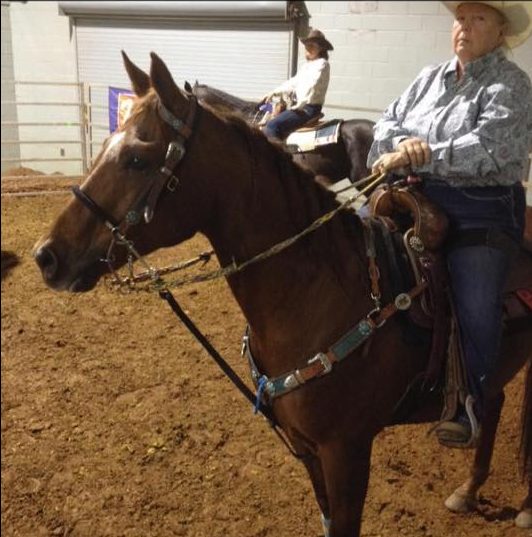 Nutrena states it is conducting an investigation after receiving complaints. It comes after a horse owner's allegations of contaminated feed caused panic for some horse owners on social media this week. ...
Read More