A Virginia horse breeder has been in a court battle over online statements she made accusing a kennel owner of abusing dogs. What we now know, is that while Russell Ebersole was screaming libel, the statements made by Bridget Kline-Perry were actually true.
A judge recently dismissed the case against Norsire Farm owner, Kline-Perry.
Days later, Ebersole, the man who sued Kline-Perry in 2012 for defamation and conspiracy to harm his business, was convicted on four counts of animal cruelty. The owner of Aberdeen Acres Pet Care Center accepted a plea deal and seven counts of animal cruelty were dropped.
In the civil case, Ebersole sought $1.35 million in damages at trial, but was ultimately only awarded $30,000.
In late May, a judge vacated the judgment and ordered a new trial. Videos surfaced of the “Plaintiff engaging in behavior which, based on the court’s review of the videos, fairly could be characterized as abusive.” See clip from video below.
Near the end of the video, Plaintiff commands the dog to remain lying down and when the dog stands up, Plaintiff walks toward the dog and proceeds to kick it in the throat or chest area, causing it to yelp loudly and retreat from Plaintiff.
The court concluded the Plaintiff’s failure to produce, or at least disclose the existence of the videos, constituted evidence of misconduct. The judge states the videos’ content shows Ebersole also “arguably engaged in misconduct or 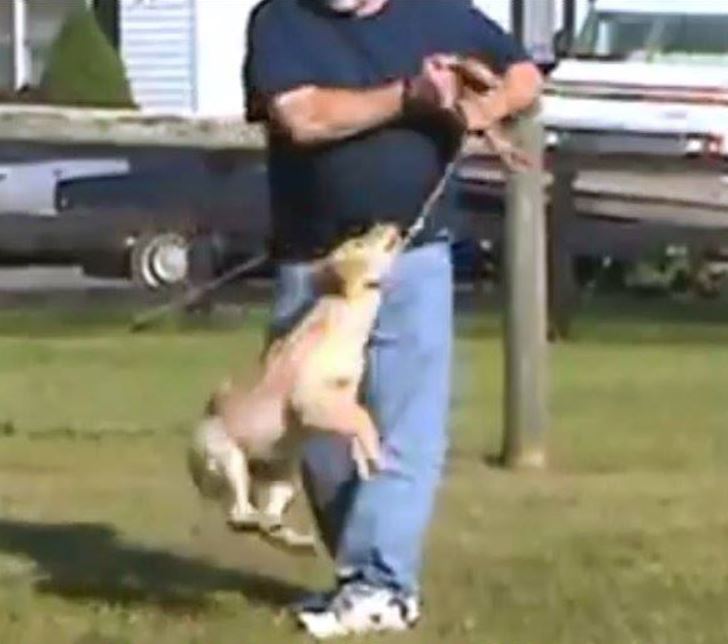 misrepresentation by his testimony at trial.”
Plaintiff testified that Defendant and other defense witnesses were wrong and mischaracterized his treatment of dogs by their testimony that Plaintiff had choked and jerked dogs by yanking and stepping on their leashes, yanked dogs off their feet in punishment, lifted and swung dogs off the ground, and kicked dogs. The treatment of the dogs recorded in the videos, however, demonstrates that Plaintiff did engage in such behavior.
The case was dismissed with prejudice, so Ebersole cannot bring the same suit against Kline-Perry.
Ebersole is scheduled for sentencing in his criminal case on December 6.