One of the 11 horses seized from James "Bo" Sharpe by authorities. 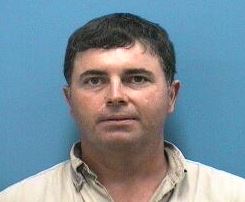 A Florida judge ruled on Tuesday that the owner of Prairie Trail Riders won’t be getting his horses back. James “Bo” Sharpe, of Okeechobee, also isn’t allowed to have any horses in his care or possession during the case’s proceedings.
Sharpe was charged in May with eight felony and three misdemeanor counts of animal abuse. Authorities seized 11 horses, including two mustangs, from Sharpe due to their emaciated state and injuries. Five of the horses were owned by Sharpe.
Okeechobee County Judge Jerry Bryant ordered that Sharpe’s horses are sold at auction to recoup the county’s expenses. The remaining six horses are being returned to their owners.
Not long after Sharpe posted bond, three new horses appeared on his property. Authorities were aware of the situation, but there were no conditions that kept him from having more horses at the time.
The horses are reportedly owned by others and are being removed from Sharpe’s property.
The criminal case against Sharpe is pending.