Budget cuts have taken down another college equestrian program.

New Mexico State University announced Wednesday that it is discontinuing sponsorship of the school’s equestrian team for the 2016-2017 year. The university says the decision was made due to declining state funds and a drop in enrollment.

The Aggies equestrian team produced 10 All-Americans and won the United Equestrian Conference in 2016 in the past 11-years.

The Director of Athletics Mario Moccia said in a statement that all current members of the equestrian team will have their scholarships honored as long as they are eligible. “There is never a perfect time for a decision such as this, but in order to meet the necessary budget reductions, we find no other solution.”

One of the equestrian program’s followers said on social media, “At least UT-M got a season to raise funds to continue its program. As long as equestrian has the cloud of “emerging sport” over its head, the threat of program cuts will continue.”

There are 16 Division I equestrian programs across the country. In the fall of 2014, the NCAA’s Committee on Women’s Athletics recommended that equestrian sport be dropped from the emerging sports list. It cited limited growth opportunities and the number of equestrian teams being sponsored.

The group later changed its position and equestrian sport is back to being monitored as an emerging sport. 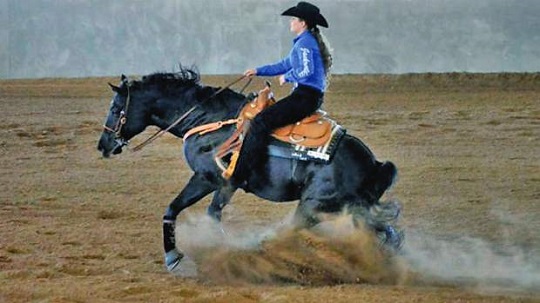 The NCAA has announced its continued support of the equestrian sport at the Division I Level. A new strategic committee voted to table an earlier recommendation of the Committee on Women's Athletics to remove equestrian from...
Read More