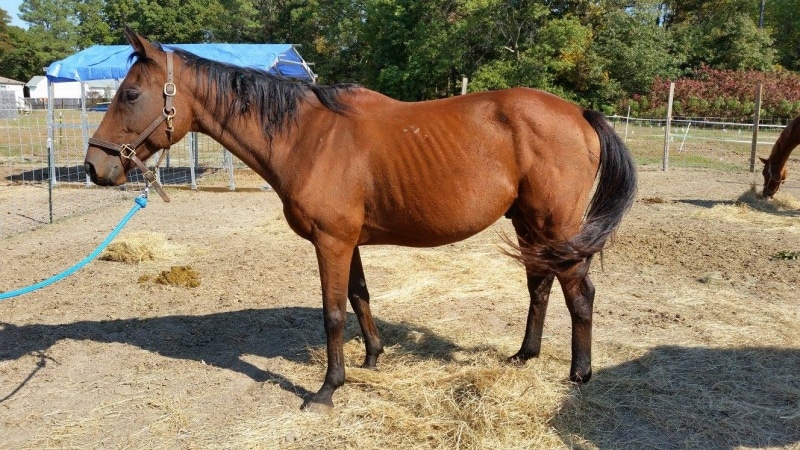 Reed’s New Beginnings Horse Rescue was one of several farms entrusted with rehabilitating the Orange County Peaceable Farm horses. The county placed 11 horses, including Magnum, with Reed last fall despite the rescue not being a 501(c)3 charity. The New Beginnings website says it is a “private rescue”.

Six of the Peaceable Farm horses were part of this week’s seizure, according to Orange County Commonwealth Attorney Diana O’Connell.

A statement from Orange County reads in part “… we were led to believe New Beginnings was a legitimate rescue organization. It is deeply discouraging that these horses have suffered abuse and lack of care again.”

“This is a great example of why Rate My Horse PRO recommends walking away from purported horse rescues that don’t follow basic state and federal laws required to operate a non-profit,” says Debbie Hanson Director of Media Relations.

And just because a horse rescue obtains a 501(c)3 that doesn’t mean it is legit, Hanson adds.