Turtle was the first horse to die of what a lab states was monensin toxicity. WARNING: Video is graphic.

A veterinarian euthanized two more horses due to their failing health, bringing the death toll to five as of Tuesday. “No one can truly grasp what is happening,” Flanigan says. “There are no words for it.”

Flanigan is trying to overcome the hopelessness as dozens of horses at her hunter/jumper farm are showing symptoms of monensin poisoning. Although, many of the horses look perfectly healthy to the uneducated eye.

“Now, it is a waiting game,” Flanigan says.

In total, about 40 horses consumed the allegedly tainted feed produced by Western Milling. Half are owned by Flanigan’s customers.

“Calling the horses’ owners is the hardest thing,” Flanigan adds. “They are more than just show horses. They are the kids’ best friends. I know how special they are because they’re special to me too.”

Flanigan says a 16-year-old Hanoverian named Turtle could barely walk within 48 hours of being fed the pelleted feed from a new shipment of Western Blend Horse Feed (lot 5251) made by Western Milling [O.H. Kruse Grain & Milling]. “He appeared neurological.”

The gelding’s symptoms included paralysis, weakness, increased thirst, and seizures. Once a decorated show horse, Turtle was leased by a 13-year-old. The teenager stayed with him until his death.

Wondering what the symptoms of monensin toxicity look like in horses? The video is horrific to watch, although it may help educate horse owners about monensin toxicity in order to create safer milling practices for all horses in the future.

WARNING: This horse video is disturbing.

YOU ARE PREPARED TO SEE A HORSE IN DISTRESS

“We are devastated and paralyzed by what this feed company has done to us,” Flanigan says. “We are watching our beloved horses die before our eyes and there is nothing we can do to help them.”

Turtle’s necropsy, obtained exclusively by Rate My Horse PRO, states the horse suffered from monensin toxicity with multifocal, myofiber degeneration. The pathologist found monensin in the horse’s stomach at a concentration of 1.7 ppm. The stomach rapidly absorbs the monensin which decreases the concentration dramatically with time.

Monensin is an ionophore. It improves feed efficiency in cattle and can be found in premix formulas. Cross-contamination in the milling process during the formulation of equine feed, due to human error, is one-way horses can become exposed.

The toxin is highly poisonous to horses and affects the heart and skeletal muscles. The level of toxicity is dose and individual dependent. Symptoms of monensin poisoning may include colic, sweating, muscle wasting, bloating, kidney failure, damage to the heart, respiratory distress, stiffness, and the inability to stand.

There is no antidote once a horse has eaten feed poisoned with monensin. 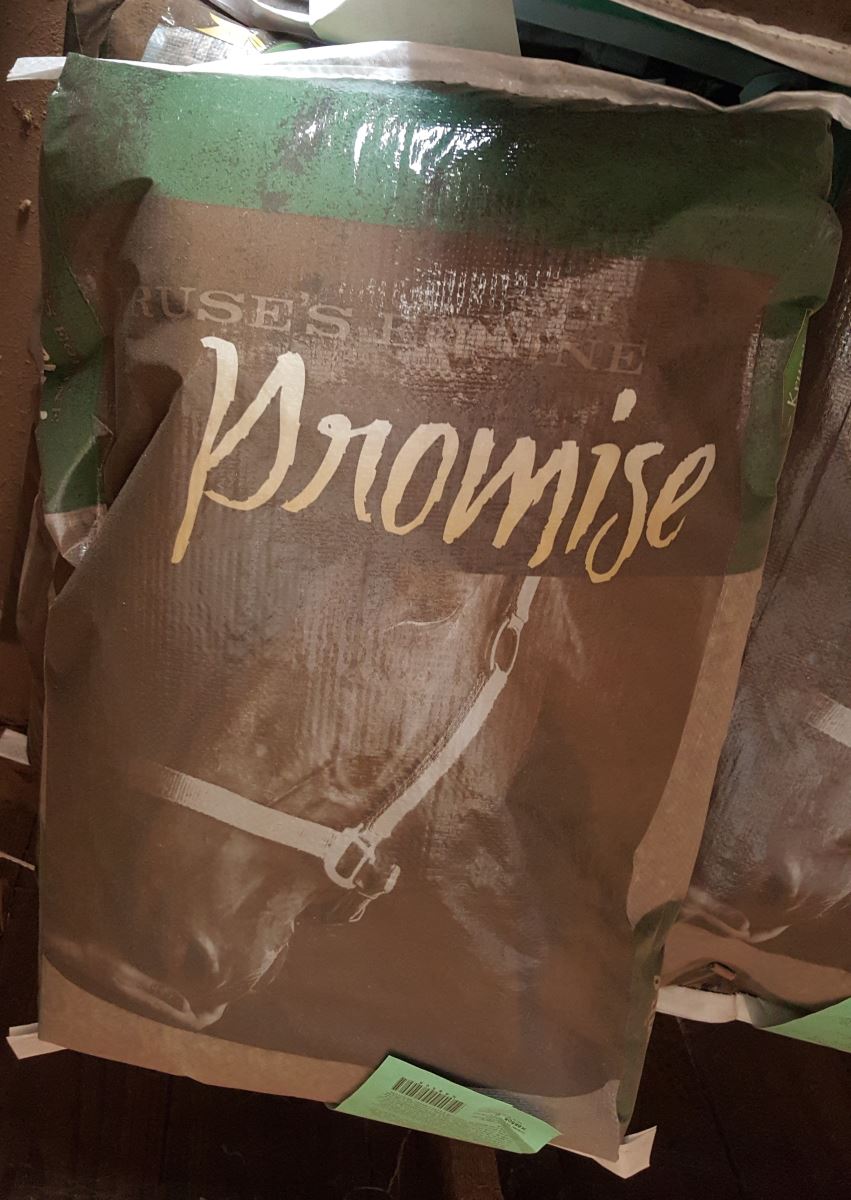 with monensin. The company stated that lot was distributed in California and Arizona, but that information has not been confirmed. Company representatives did not return our calls.

The California Department of Food and Agriculture confirms it has launched an investigation regarding the tainted feed.

Flanigan’s father compared the situation to making cyanide in a baby aspirin factory. “It is unconscionable,” Philip Flanigan tells us. “The owners of the horses are asking us ‘how do we make sure this doesn’t happen to other horses?'”

His trainer daughter says she would never feed any product milled on the same machines as medicated cattle feed. “I like to think I’m an educated horse person, but I didn’t know.”

Attorney Andrew Yaffa of Grossman Roth, P.A. says horse owners need to be educated regarding monensin toxicity and how to prevent it. “We again have an entire stable of horses that have been dealt a death sentence because of tainted feed… This is yet another preventable tragedy that has repeated itself.”

This is the fourth case of feed tainted by monensin that has been publicized in the U.S. since fall 2014.

Flanigan says the experience has been a nightmare. “I feel numb – I feel angry and responsible. I am questioning so much.”

Stay with us as we bring you the latest from this developing story.