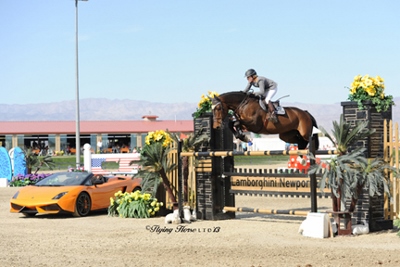 Meredith Michaels-Beerbaum and Bella Donna were the ones to beat in the AIG Thermal $1 Million Grand Prix, presented by Lamborghini Newport Beach. ©Flying Horse Photography