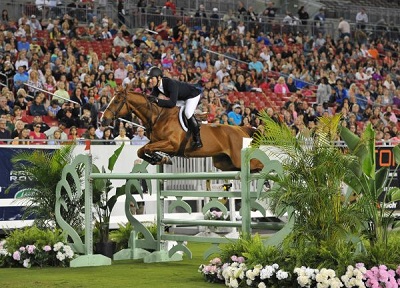 McLain Ward pilots Rothchild to the win. Photos by: V.Valenti / The Book LLC

by Kendall Bierer
For over four decades Raymond James Stadium has been home to the jewel of show jumping – the $200,000 Gene Mische American Invitational, presented by G&C Farm. The class has made history as a tradition and landmark of the showjumping world, and tonight was no exception.
It was with speed and accuracy that McLain Ward was able to emerge victorious as one of only three riders to ever capture three American Invitational victories. Ward piloted Rothchild to a double-clear effort during a two-horse jump-off. They sped through the finish line in 42.10 seconds after completing a clear short course, while Reed Kessler and Mika captured the second place prize.
Sharn Wordley and Derly Chin de Muze were the third place finishers for the evening, taking the honors with only one time fault added to their otherwise perfect first round effort.
Course designer for the 2008 Olympics, Steve Stephens, of Palmetto, Florida, designed the night’s arduous track. The 14 numbered obstacles featured an oxer-vertical double combination, a scopey vertical-oxer-vertical combination, a unique, suspended American Invitational wall, an orange skinny, a liverpool and a daunting brownstone final oxer. The most difficult obstacle proved to be the triple combination’s liverpool, resulting in 13 rails.
“Obviously Steve and the entire Stadium Jumping team have so many things that they do so well. The fences here for 30 years have been on the cutting edge and just spectacular. That’s a very easy thing over time to let up on, and they never have,” Ward said. “They had four or five new fences in the course tonight, and that really is a testament to the effort and what this is – this class.”
Ward continued, “I thought this course was good… Steve had some very young and green riders in the class, as well as Olympic horses and Olympic riders, so he had to find the balance. I thought it was a good balanced test. The triple was a good test in the middle. I think two or three, but under 5 is always a good number in the jump-off for this competition.”
Eighteen-year-old Olympian Reed Kessler and her own Mika were the fourth on the course, and the first to post a clear effort as she showed their mastership of the opening track. The crowd erupted in applause as she made it through the triple combination, and easily soared over the final daunting brownstone oxer.
“Mika is great. He’s kind of been a little bit in Cylana’s shadow – he just hasn’t had his big Olympic moment yet, but he shined tonight,” Kessler explained. “They’re totally different. She’s like the coolest customer ever, and he’s a little more of a like my special little boy that I’ve had for four years. We have a really close partnership. He started out when I first got him pretty nervous so we’re really close like that. The Olympic trials were an amazing thing for him. He’s become really confident and can walk into a huge atmosphere like the Invitational and lay down a clear round. He’s fantastic. He’s just as much quality as Cylana.”
Ten rounds later, McLain Ward guaranteed a jump-off for the 41st edition of the American Invitational. Ward guided Rothchild, owned by Sagamore Farm, through the finish in 84.91 seconds, without incurring any jumping faults. With a jump-off eminent, the stakes were high as riders continued to navigate the first round course within the tight time allowed of 89 seconds.
Sharn Wordley of New Zealand almost added his name to the list for the jump-off; however, a single time fault on top of his clear jumping effort sealed his fate in the third position.
“Derly is a relatively new horse for me to ride, and I was just sort of taking it slowly during the winter, trying to create a partnership. Right from the beginning I’d planned to do one big class in Wellington and the Invitational. So I’ve just been slowly building her up for this class really,” Wordley explained. “I knew I was probably going to be pretty close on the time. After fence four, my horse drifted quite hard to the right, away from the stands, and I rubbed my foot against the standard-I was a little discombobulated.”
Wordley said, “I kind of took a bit of time on that corner to get myself organized, and I knew from then on it was going to be touch and go whether I got the time or not. I tried to catch up as best I could without sort of jeopardizing having a rail. I was really happy with her. She jumped fantastic. This is my first time doing the Invitational, and I love it. It’s going to be a focus for me next year too. I think it’s a great class.” 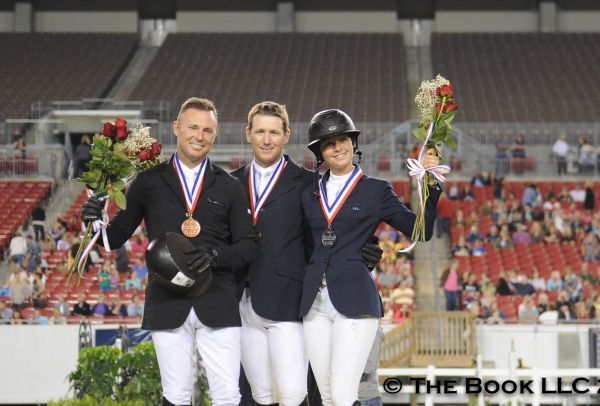 The 2012 Olympic teammates – Kessler and Ward went head-to-head in the jump-off – and competed for the coveted title of champion. This was the smallest jump-off field in the history of the American Invitational, welcoming only two riders to return to the field.

It was Kessler (pictured below) who entered the ring as the first to return, and hopes were high as they took each fence with a careful approach. Kessler focused on laying down a tidy and clean round for Ward to chase, but her time of 43.37 seconds would prove too conservative against the past winner, leaving the door open for Ward to take the lead should he leave the rails in their cups. 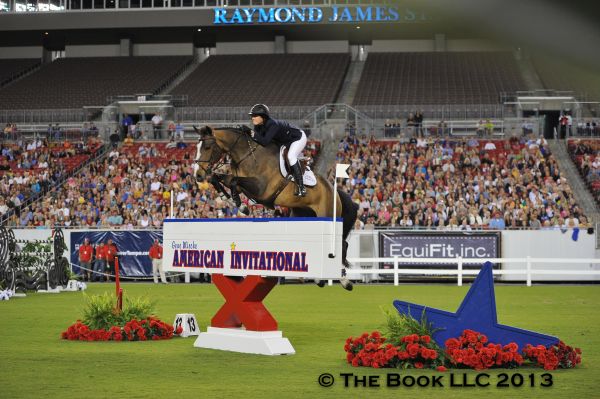 “She never makes it easy,” Ward laughed. “Reed put a good pressure round on Rothchild. I had to be on the ball. It worked out our way. I’m sure she’ll win this class many times, and she’ll be doing it long after I’ve hung it up.”

It had been five years since Ward had taken the victory at the 2008 American Invitational with his beloved Sapphire. Aboard Rothchild, Ward was able to mirror his win and move him through the course with a firm pace.

“For me every horse is in the shadow of Sapphire really – I miss her very much. But he’s been a great horse for me. I’ve had him since he was 7. He’s an everyday competitor-speed class, American Invitational, GCT Grand Prix, Nations Cup-He’s very quietly amassed quite a record,” Ward stated. “It’s not textbook, but he’s a fighter and in the end he’s become a very good friend of mine. He gives me everything he has to give me. He can kind of do everything, which is a rarity in today’s sport. I think it’s horses like that, that when you have a horse like Sapphire, make them even greater because it allows you to do exactly what you want, but this horse is really the blue-collar worker. But the blue-collar worker won one for the team today.”

“McLain is so, so fast-on Rothchild, especially,” Kessler explained. “I tried to lay down a really competitive round, but I also knew that he’s so fast that I needed to go in my comfort zone with Mika to make sure that I put in a clear round. He’s a really fast rider, and has a really fast horse, so I tried to put enough pressure on without making a mistake.”

Ward was able to shave off some time after the opening oxer as he moved toward the Land Rover vertical, opting to do 10 strides instead of Kessler’s more conservative 11. He also opted to complete the bending line from the outside oxer to the orange-and-white skinny in nine strides, pushing him into the lead without incurring any penalties over fences.

“I’ve had a couple near misses, which I’ve kicked myself for a few times. This class is an institution for this country and this sport. I really hope that people in this sport and in this industry really rally behind this and keep this going,” Ward explained. “It almost died a few years ago, and I’m so glad to see Michael Morrissey and his group of people, and the sponsors who have really made great efforts to revive it, because it’s very, very important to us as athletes. This one’s just something unique and special.”

Ward concluded, “When I grew up, this was the most important class to win. This is what we coveted. I think these are the kind of classes that our country, not only the athletes and the sponsors, but also the Federation really need to rally behind. It’s like when they grandfather a building. This should be very important because it’s special to us.” 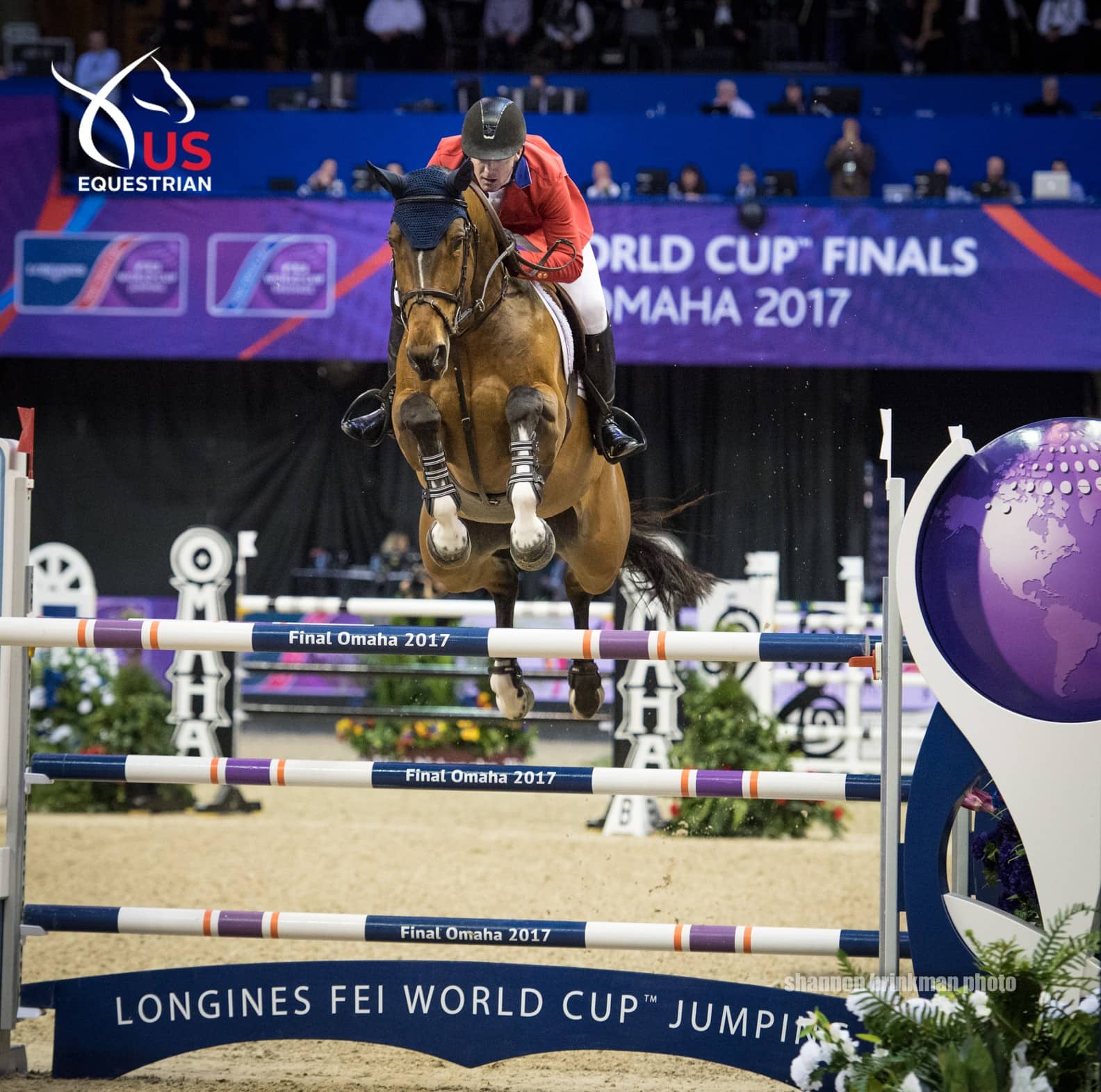 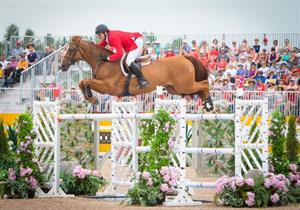