A reining horse trainer pleaded not guilty in California on Thursday to animal cruelty. Mark Arballo’s defense attorney told the court the case is about envy, not horse abuse.

Arballo was charged with a single felony last month in connection with the September 2013 death of the reining mare, Bella Gunnabe Gifted. According to an eyewitness, Arballo allegedly left Bella “bitted up” in a curb bit, alone in a solid round pen while he “taught two lessons and rode another horse.” 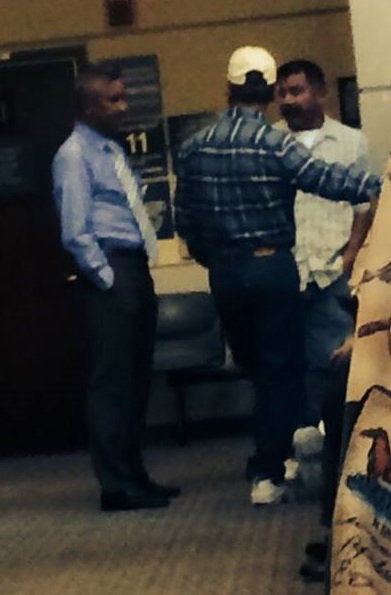 Deputy District Attorney Vanessa Gerard requested that Arballo not be allowed to train horses during the criminal case’s proceedings.

Patton claimed the charge was brought because individuals at a neighboring ranch didn’t like Arballo. He said the training practice his client used is common in the horse industry, adding that Arballo only left the mare alone for “20 minutes”. Arballo makes his livelihood training horses, according to Patton. And he mentioned his client’s national titles in an attempt to bolster his argument.

Judge Patricia Garcia denied the prosecution’s request. She also gave Arballo a stern warning that he’s “under a microscope”.

Arballo is on a Fourth Waiver, meaning he has given up his right to refuse a search by law enforcement.

It is not known if or where Arballo is training horses.

Bella was discovered in the dirt, unable to get up, still tacked, and with blood coming out of her

ear. About two hours after she was found, she was humanely euthanized.

A necropsy was performed on the six-year-old mare, but the results are unknown due to the pending criminal case.

Arballo’s client, Martha Torkington, owned the derby reining horse. She and her husband, George Kiss, own the boarding and training facility, formerly known as The River Valley Ranch, where Arballo and his and his girlfriend, Patrice Hohl, of Arballo Reining Horses operated.

Bella was the second horse to die during a training incident at the hands of an Arballo Reining Horses trainer in less than two years at the facility. Torkington and Kiss have been scrutinized by some for their alleged inaction. They have since renamed their ranch the San Diego Equestrian Center.

If convicted, Arballo faces up to three years in prison and up to a $20,000 fine.

Arballo is scheduled to be back in court on December 2nd for a preliminary hearing.

Stay close to Rate My Horse PRO as we have more information coming soon.