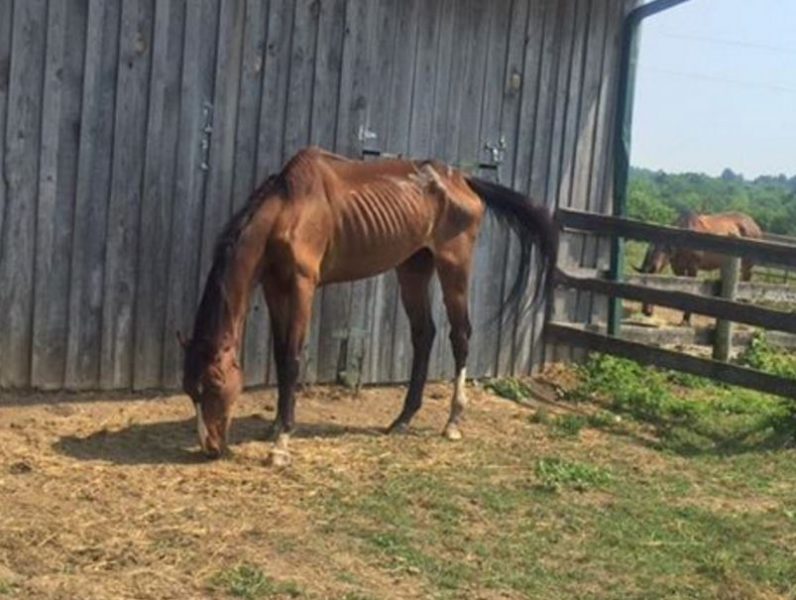 A plea deal will keep Charles “Chuck” Borell out of jail in a Kentucky animal cruelty case.

The Syracuse, N.Y. resident entered an Alford plea Thursday to nine of 43 counts of second-degree animal cruelty. An Alford plea allows the defendant to enter a guilty plea without admitting guilt.

Borell’s sentence includes two years probation. He also can’t act as a caretaker for any animals in Kentucky. As long as he stays out of trouble he won’t have to serve a jail sentence. The 69-year-old served three days in jail after his arrest.

Borell must give up his ownership rights to the 43 horses seized by the state in June from a Mercer County farm he formerly leased for his horse trainer daughter, Maria Borell. He also forfeits his $4300 bond as a part of the deal. It will help local agencies caring for the horses.

State and local officials filed a civil suit against the Borells this month seeking legal ownership of the horses. Officials also asked a judge to make the Borells pay over $20,000 for the costs associated with the horses’ temporary care.

An arrest warrant issued for Maria Borell for 43 counts of second-degree animal cruelty remains unserved because she is out of state. Authorities will not seek extradition because the charges are misdemeanors. Borell trained Runhappy, the winner of the 2015 Breeders’ Cup Sprint.

The condition of the horses saved from the Borells continues to improve. They are being cared for at more than a dozen Kentucky farms.