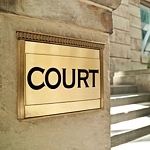 The New Jersey Superior Court entered a ruling March 8 in favor of Amber Hill Farm, LLC.
Judge Yolanda Ciccone ruled Amber Hill Farm can maintain its action against Samantha Lawton-Duthie, although she did gut some of the allegations against the Virginia trainer.
The court states “Lawton-Duthie’s statements in the Bill of Particulars and Amended Bill of Particulars were substantially related to the proceedings. All of the allegedly defamatory statements in these documents related to the disputed amounts regarding the stabling charges. Lawton-Duthie’s statements certainly had “some relation” to the proceedings in Virginia.”
The judge’s sticking point centers around a letter provided to the United States Equestrian Federation by Lawton-Duthie outlining her limited business dealings with Amber Hill Farm and its owner Elizabeth Mandarino. The letter was provided in support of another member’s protest. It was received by USEF September 4, 2012, but was never dispersed to the public.
“The absolute litigation privilege does not extend to Lawton-Duthie’s affidavit in the USEF proceedings. The USEF proceedings are not “judicial” or “quasi-judicial…” states the judge’s opinion.
So what’s next? Lawton-Duthie can appeal the decision to the appellate division or answer the complaint and start the discovery phase.