Authorities look for evidence of soring at Jackie McConnell's stables in March. © HSUS

Tennessee Walking Horse trainer Jackie McConnell and two of his associates, John Mays, and Joseph Abernathy, pleaded guilty today to conspiring to violate the Horse Protection Act. McConnell’s plea deal will keep him out of prison.

McConnell is also being stripped from the Tennessee Walking Horse National Celebration Hall of Fame as an inductee. The Celebration’s Board announced it has suspended McConnell for life – after the soring video went public and McConnell pleaded guilty to the HPA violation. “This action is the strongest we can take and it clearly reflects our disgust with the actions of Mr. McConnell,” said Dr. Doyle Meadows, TWHNC CEO. “His actions are not reflective of the Tennessee Walking Horse industry, and we in no way want him associated with our show.”

The Walking Horse Trainers Association (WHTA) announced it was indefinitely suspending the training license of McConnell. “WHTA is shocked and saddened by the undercover video released publicly on ABC News Nightline.”
“We don’t condone this behavior or these actions by Jackie McConnell and are confident that the actions in that video are not indicative of the behavior of our members,” said WHTA President Jamie Hankins. The organization says it did not become aware of the existence of the HSUS video until the feature aired.

The pleas come less than a week after Nightline aired graphic undercover video of McConnell deliberately causing pain to horses in the name of winning ribbons. The footage is what helped land the 52-count federal indictment against McConnell and the three other men.

McConnell could have faced up to five years in prison and a hefty $250,000 fine, but as a part of the plea agreement prosecutors are recommending that he receive probation.

McConnell admitted that he conspired with Mays, Abernathy, and others to violate the HPA beginning in 2006, while working out of his Whitter Stables in Collierville. Specific to the indictment, McConnell was suspended from entering horse shows, however he continued training horses using illegal soring techniques. McConnell arranged for the sored horses to be taken to shows, and submitted false paperwork reflecting another individual as the trainer. He also took steps to cover the soring prior to inspections. 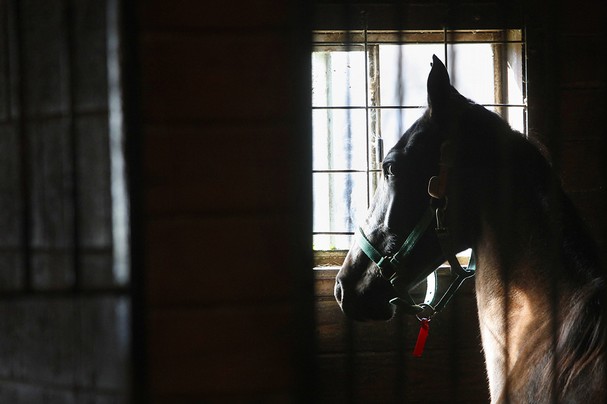 McConnell is no stranger to HPA violations – his first was in 1979. He has been disqualified from showing for a total of more than eight years for his continued violations.

The truck and trailer, owned by McConnell, which transported the sored horses to compete will be forfeited to the government as a part of his plea agreement.

The men will be back in court on September 10 for sentencing. Mays and Abernathy both face up to one year in prison, and a $3,000 fine. Mays remains in custody since he was determined to be a flight risk.

Charges are pending against a fourth individual in the case.