The amount of funds allegedly stolen from the City of Dixon by its comptroller has been upped to a staggering $52 million. Rita Crundwell, one of the nation’s most winning American Quarter Horse Association Breeders, was indicted today as a civil suit was filed to take possession of her more than 300 registered quarter horses.

A federal grand jury returned a single-count indictment charging Crundwell with one count of wire fraud. The indictment states Crundwell allegedly began her scheme to defraud in 1990 by depositing city funds into her accounts and utilizing the money to pay for her personal and horse expenses. The indictment states Crundwell covered her tracks by creating fake invoices purported to be from the State of Illinois to show the city’s auditors that the funds she was fraudulently depositing into her accounts were being used for a legitimate purpose.

The indictment is seeking the forfeiture of $53 million as well as many assets that were seized when Crundwell was arrested. The civil suit filed alleges the 311 quarter horses owned by Crundwell are subject to forfeiture since she purchased and maintained them with criminal fraud proceeds.

“The government is pursuing both criminal and civil forfeiture proceedings to ensure that every available tool is being used to recover proceeds of the alleged fraud in order to recoup as much money as possible for the City of Dixon, its residents and taxpayers,” said Patrick J. Fitzgerald, United States Attorney for the Northern District of Illinois. The investigation is continuing, he added.

Crundwell owns RC Quarter Horses, LLC, and keeps her horses at her ranch in Dixon and at the Meri-J Ranch in Wisconsin, as well as with various trainers across the country. 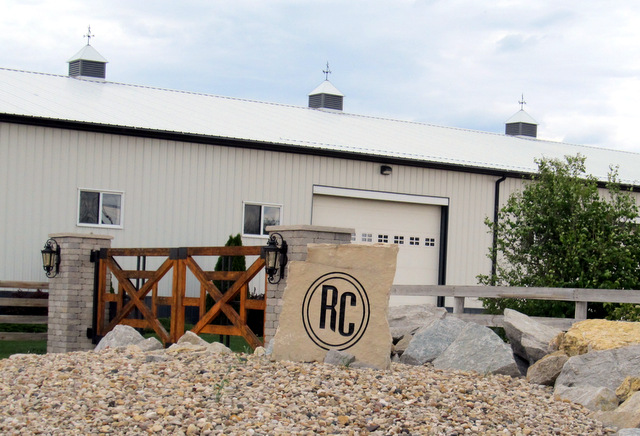 In addition to the few hundred registered quarter horses, many foals are expected to be born this year. As part of the civil lawsuit, the government requested a pretrial restraining order that will secure the government’s interest in the horses and allow officials to take necessary steps to ensure the animals’ health and well-being, including their daily and veterinary care. The U.S. Marshals Service is expected to hire a contractor to manage the horses.

The indictment seeks criminal forfeiture of two residences and the horse farm in Dixon, a home in Englewood, Florida a $2.1 million luxury motor home, more than a dozen trucks, trailers and other motorized farm vehicles, a 2005 Ford Thunderbird convertible, approximately $224,898 in cash from two bank accounts, and other assets allegedly purchased with fraud proceeds.

Crundwell, who worked as comptroller since 1983 and handled all of the city’s finances, was released on her own recognizance on April 18. She will be arraigned on May 7.