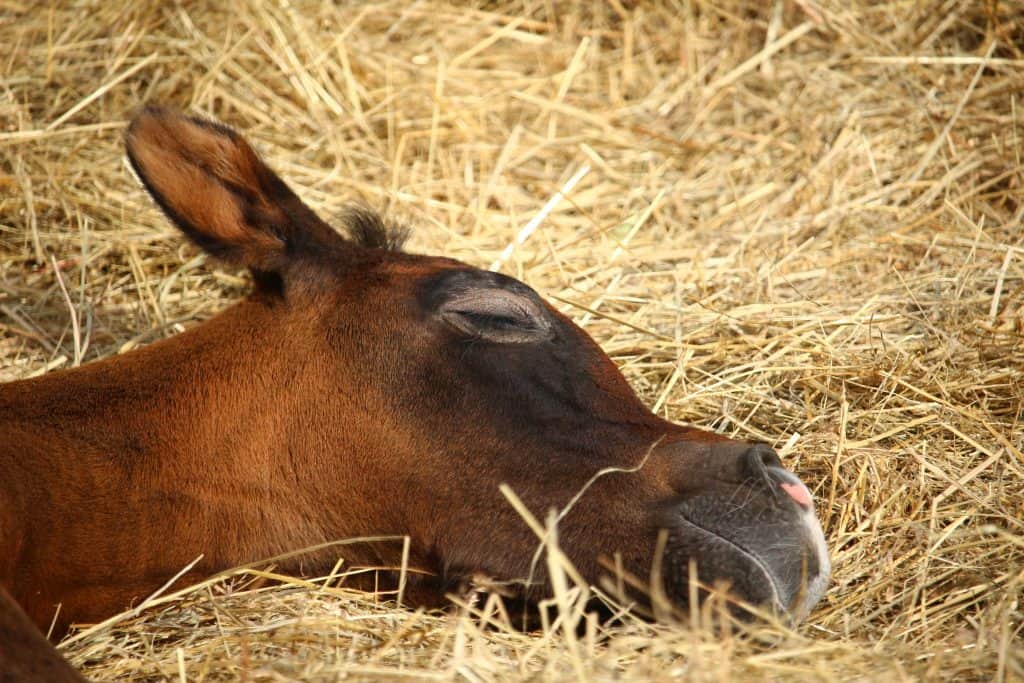 by Jeff Sossamon and Ashley Parker

A veterinarian warns horse owners that respiratory disease in young foals may be more prevalent this year.

The early arrival of unusually warm weather during foaling season may be the cause, according to Philip Johnson, University of Missouri professor and equine veterinarian. He advises foal owners to remain vigilant due to “an increased prevalence of Rhodococcus equi.”

A bacterial organism, Rhodococcus equi causes pneumonia in young foals up to four months. It inhabits dry, dusty soil. Then, when a foal inhales, the bacteria goes into the equine’s respiratory tract.

Johnson adds that farm owners tend to see the disease more if they have several foals stabled in an indoor environment, rather than outdoors. “Foals may contract the infection within the first few days of life; however, it is often slow to develop as foals tend to compensate for it as they mature, which could lead to stunted growth,” Johnson warns.

Also known as ‘the rattles,’ clinical signs include fever, coughing and labored breathing that often produces a ‘rattling’ sound.

Although pneumonia is most common, the pathogen may also cause infections outside of a foal’s lungs. Clinical signs may include eye inflammation, bone infection, joint inflammation, diarrhea, abdominal abscesses, and death.

Veterinarians extract fluid samples from the foal’s airway before sending it away for lab testing. A diagnosis is confirmed by laboratory testing and imaging of the chest.

Once diagnosed, the disease is treated with antibiotics not typically used in adult horses.

A zoonotic pathogen, Rhodococcus equi is transmittable from animal to human. Those with an immune deficiency are most at risk of potential infection.

For more information, talk to your veterinarian today.