Horses living outside in the mud and muck.

Oregon Appaloosa and Quarter Horse breeder Roseanne Rogers has 10 days to make serious changes to her Mira Farms property for the health of her horses or she faces further action by authorities.
“It was the worst thing I’ve seen in my life,” says Bekah Rice. Her farrier boyfriend was recently called out to trim horses at Mira Farms in Grants Pass, so she went along. What she says they found were a number of horses knee and chest deep in mud and feces, in tiny pens, unable to escape the muck.

“…I got physically sick and was shaking having to leave them there since the owner refused to let us help,” says Rice. “She just kept saying they were all fine and not to worry about it and did not want us looking at them.”
Authorities were immediately notified and opened an investigation on January 30th. Officer Marci Handley from Josephine County Animal Protection and Regulation tells Rate My Horse PRO she spoke with the farm’s owner, Rogers, prior to her visit on the 31st. “I told her I expected not to find horses in deep mud by the time I got there.” The horses in the deepest mud, as pictured, were removed prior to Officer Handley’s arrival.
Mira Farms has about 25 horses, according to Officer Handley, which are well fed. She says the stabled horses are in clean stalls. And Rogers did agree to sign ownership of one mare over to animal control. The 12-year old is not halter broken and has been placed with the rescue, Strawberry Mountain Mustangs, Inc. 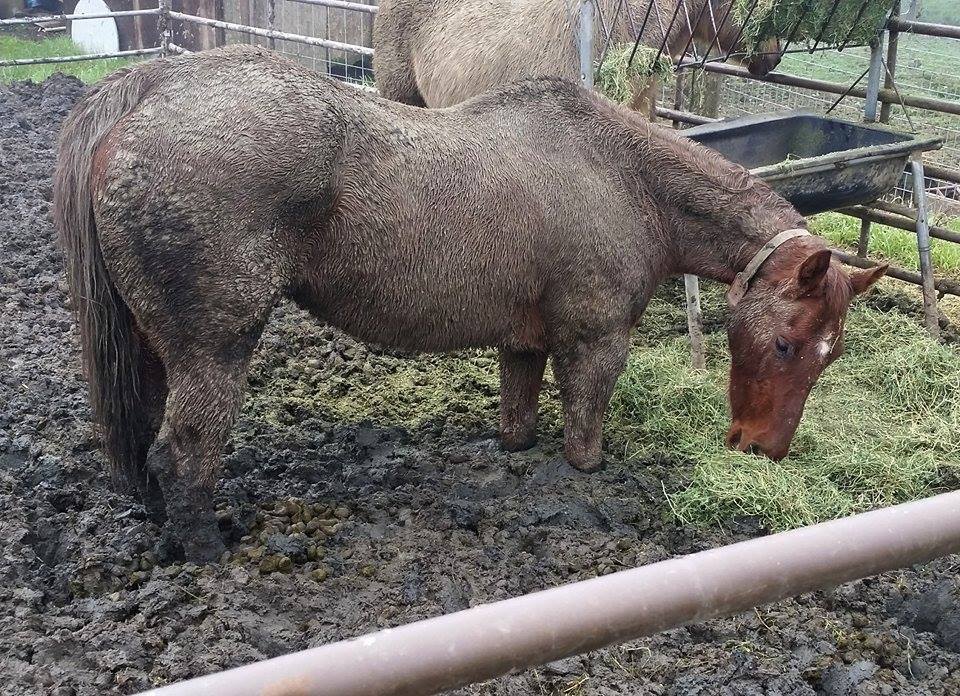 Officer Handley says some horses are still up to their knees in the mire, but the murky situation must change. Rogers is being given 10-days to redo the surface where those horses have pens. If Rogers isn’t compliant upon recheck at the deadline, further action will be taken, according to Officer Handley.
We attempted to reach Rogers, but were unsuccessful. The horse breeder posted online that the photos of horses in the mud have been altered. “Photo shop is amazing and so are “camera angles,” Rogers posted.
Rate My Horse PRO has confirmed the photos and video are authentic and unaltered.
“She needs to be stopped for good. There was a pen of weanlings and I really don’t think they know how to walk. They were stuck in the mud and fell when they tried to walk,” says Rice, who discovered the outside horses’ deplorable living conditions.
In 2011, Rogers was fined more than $4500 by the Oregon Department of Agriculture for “discharging waste into waters of the state.” The farm is unable to use its pasture for three months out of the year, from December through February, due to an agreement with the state.
Stay with Rate My Horse PRO as we continue following this on-going investigation.