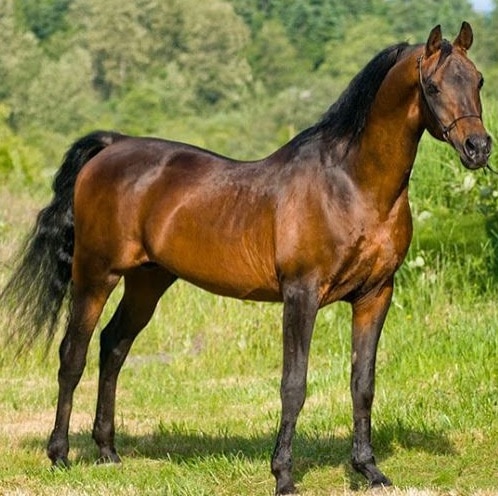 The Arabian stallion named George that was used by defendant as a weapon, according to court.

her then 14-year-old daughter. Terry Cardin (right) owns Valle Vista Stables where two incidents took place in 2013.
Victoria Provincial Court Judge Wayne Smith also convicted Cardin of criminally harassing Shauna Morros and her daughter. “The horse was being used as a weapon,” said Judge Smith, who ordered a report with a psychiatric component to assist him at sentencing.
The teen testified that Cardin used his Arabian stallion to back her into a corner and told her the horse would kick her. The horse became spooked after Cardin began hitting and yelling at it. Morros intervened.
Cardin was also found responsible for leaving three deep scratches in Morros’ car when it was parked at the farm. He was convicted of mischief under $5,000.
Cardin’s defense attorney may explore the possibility of an appeal, according to the Times Colonist.
For more information about the case and the incidents, click here.
November 2015 Update: Terry Cardin was sentenced to 18-months probation, a $2,000 fine, and $660 for restitution.