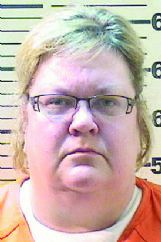 She allegedly stole funds from the organization, however investigators have not released additional details. Collum has been the association’s treasurer since 2008 according to The Commercial Dispatch.

Collum is also the business manager for the Office of Vice President and Provost at Mississippi State University. Her duties include “reconciliation of all office accounts including providing monthly reports to the Director for Academic Fiscal Affairs and other senior administrators” according to the university’s website. She also assists with “the preparation of budget transfers for funding requests.” She has been employed by the university since 2006.

The investigation is ongoing.

Update: Beth Sykes Collum was sentenced to a 10 year suspended sentence, and 5 years post-release supervision for embezzlement. She is required to pay $50,000 in restitution and a $1500 fine.