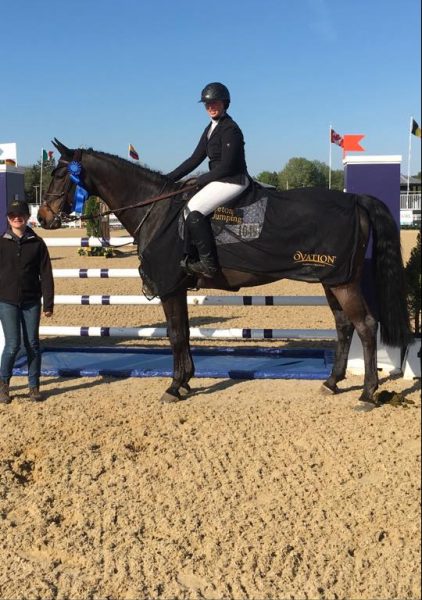 Becca Weissbard: Cause of Death

It happened after the first fence during the jump-off in a 1.0-meter class with a customer’s horse. The investigation found the horse hit the second fence’s rail. Weissbard was thrown out of the saddle and the horse fell, crushing her, the Chief says.

Weissbard won a 1.0-meter class earlier in the day on the mare Remember Me.

Emergency medical technicians already on the scene responded quickly. Paramedics administered CPR without success and Weissbard was pronounced dead at the scene. “Her injuries were so significant,” the Chief tells us.

Her body was transported to Kingston Hospital.

Weissbard’s mother, who is also her horse trainer, was the first to be by her side after the accident. Her mom told me “at least she died doing what she loved,” Chief Sinagra said. “The prayers of the Saugerties Police are with the family,” he added.

The horse sustained minor injuries including a laceration to the head and leg.

This is the first fatality at HITS Saugerties.

A candlelight vigil is scheduled Saturday, September 3rd at 8 p.m. It is being held at the Weissbard family’s Sundance Stables in Manorville, N.Y.

Following services, the burial will take place at New Montefiore located at 1180 Wellwood Ave. in West Babylon, N.Y. 11704. Immediately following, the family invites everyone to Manorville Fire Department on Silas Carter Road in Manorville for fellowship.

Rebecca ‘Becca’ Weissbard, of Manorville, was competing at the HITS-on-the-Hudson VII hunter/jumper show. The accomplished rider won a 1.0-meter jumper class with the mare Remember Me prior to her accident this afternoon.

Paramedics transported Weissbard to Kingston Hospital where she was pronounced dead.

“She embodied the beauty and grace of the equestrian sport. This is so incredibly sad. Our prayers are with her family,” a parent said on Facebook in Weissbard’s memory.

HITS has not released a statement publicly. We are waiting for a response and will provide additional information as it becomes available.