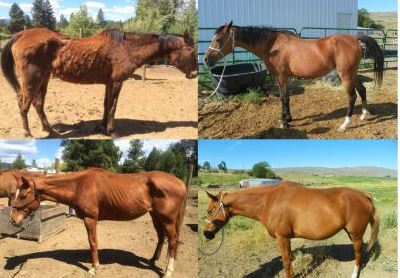 Deborah and James Kingcade of Cle Elum are accused of abusing horses they were supposed to rescue. Authorities seized 14 horses from the Emerald City Thoroughbred Project in May 2016 after receiving citizen complaints.

The pair no longer operates the rescue.

Both faced three felonies and 12 misdemeanor counts of animal abuse. The jury was unable to reach a unanimous verdict after deliberating for seven hours.

A judge upheld the seizure of the rescues’ horses in July 2016. New families adopted the horses once their health improved.