SmartPak launched in 1999 and is known for its unique packaging of equine supplements. Led since its inception by President and Chief Executive Officer, Paal Gisholt, SmartPak has grown to include 325 team members. In 2013, the company had sales of $105 million.

The sale, which is expected to close in June, will expand Henry Schein’s product and service offerings to the equine community. SmartPak’s current management team will own the remainder of the company.

“We are fortunate to be acquiring a majority ownership position in a fast-growing company with a deep commitment to equine health and keen expertise in sales and digital marketing to those who care for horses,” said Stanley M. Bergman, Chairman of the Board and Chief Executive Officer of Henry Schein.

It is estimated there are more than 9 million horses in the United States used for sport, recreation, and work. 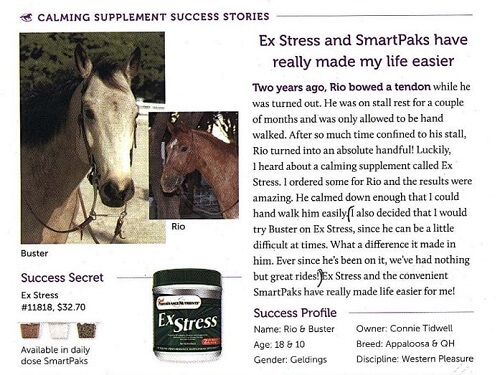 A calming supplement success story costs a Florida horse owner $300,000. The settlement ends a four-year legal battle over whether a horse owner negligently failed to disclose the truth about her horse's bad behavior....
Read More