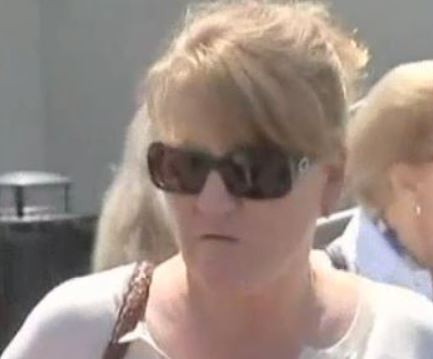 Hamptons horse trainer Laura Bowery-Falco is facing sobering charges after she allegedly assaulted her family’s nanny and then drove drunk with her infant daughter in the vehicle.
Bowery-Falco is charged with two counts of endangering the welfare of a child, harassment, and aggravated DWI. She was in court Wednesday for a conference, but did not enter a plea.
Town Justice Andrea Schiavoni granted the prosecutors’ request to order Bowery-Falco to stay away from the nanny and alleged victim, Rebycka Williams.

The incident happened on July 11 after 20-year old Williams allegedly protested when Bowery-Falco wanted to leave with her 14-month old. Authorities say Williams believed Bowery-Falco was drunk. A “physical dispute” ensued and Bowery-Falco allegedly pulled the nanny to the ground by her hair and tried to punch her in the face. Williams was holding the child when Bowery-Falco attacked her, according to police, but the toddler was not injured.
Bowery-Falco fled to her mother’s house with her child in tow, where she was arrested. Her daughter was left in the custody of her father.
Williams was not seriously hurt.
Bowery-Falco owns Sea-Aire, a show-jumping and equitation facility in Watermill. In 1999, she was a US Equestrian Team Member and won two Nations Cups, according to her website.
She is scheduled to be back in court on September 4.