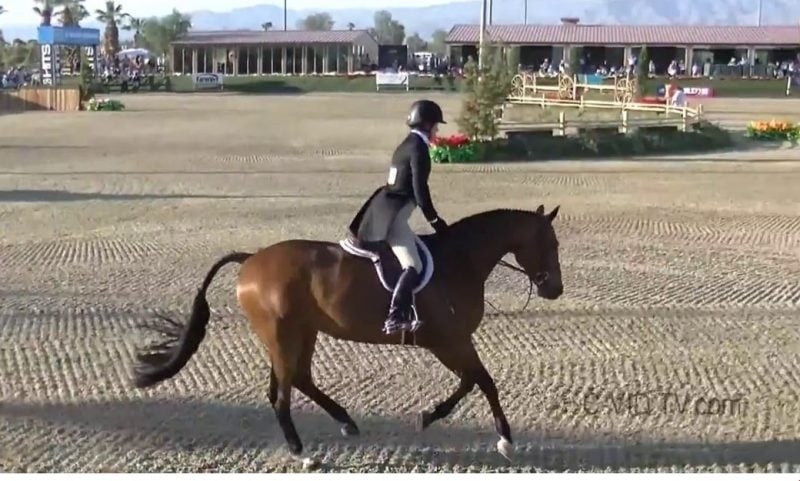 Kelley Farmer and Larry Glefke claim they were not properly notified regarding a GABA violation and hearing.

The United States Equestrian Federation (USEF) grants a rehearing petition filed by two hunter/jumper trainers from Lane Change Farm. Kelley Farmer and Larry Glefke claim they were not properly notified regarding a GABA violation and hearing.

“This case is too important in the USEF’s steadfast goal to enforce the Drugs & Medications rules intended to prevent cheating in our sport,” USEF President Murray Kessler said in a release. “There can be no remote shadow of doubt that all of our cases are handled in a transparent manner.”

Glefke’s attorney Bonnie Navin tells us in a statement they believe USEF did the correct thing by allowing a rehearing. She adds the basis for getting to that point is misplaced.

The Hearing Committee ruled arguments regarding the GABA science or the Federation’s testing methods have been established in past hearings and can’t be presented in this rehearing.

Navin states the Committee’s ruling is based on an improper interpretation of the [Archie] Cox decision from the New York Court. “The Cox decision in no way established the USEF protocols. That order was based solely on the evidence presented at the Cox USEF hearing and nothing more.”

Navin says Glefke and Farmer will seek a pre-hearing on the issue. “By ruling in the manner they have, the USEF has effectively not given a rehearing on the merits.”

The issue may land USEF back in court, Navin said.

The Committee agreed to the rehearing based on it being completed by July 1. That is when Farmer and Glefke were supposed to start their GABA suspensions.

The Hearing Committee found in September that Glefke exhibited Symbolic after the horse was administered acepromazine and 2-(1-hydroxyethyl) promazine sulfoxide. He also filed a false Medication Report Form for the horses Symbolic and So To Speak.

Stay with us as we continue to bring you the latest for the Farmer, Glefke rehearing.