The Ted Stevens Olympic and Amateur Sports Act (TSOAPA) requires national governing bodies (NGB) to provide athletes with due process prior to sanctions for misconduct.

The Federation announced Glefke and Farmer’s GABA suspension prior to January’s annual meeting. It was the first penalty imposed under the new, more aggressive Equine Drugs & Medications Penalty Guidelines.

The Hearing Committee noted Glefke nor Farmer attended the hearing to defend themselves. Both equestrians deny they were notified regarding the alleged violation, charge or hearing date.

USEF granted a petition for rehearing filed by Glefke and Farmer in February. Newly elected President Murray Kessler cited the case’s importance, as it relates to enforcing the Drug & Medication rules intended to prevent cheating, in a Federation issued press release.

“There can be no remote shadow of doubt that all of our cases are handled in a transparent manner,” Kessler said at the time.

Gamma-aminobutyric acid (GABA) is a naturally occurring amino acid in horses. USEF’s GABA rule prevents the exogenous administration of GABA prior to competition.

Florida counsel paid $1,500 to test the B-sample of blood taken in July 2016 from Farmer’s horse Unexpected. The objective is to see if USEF’s lab could replicate the GABA threshold results from the A-sample, which it did not.

The B-sample came back with GABA levels six times higher, which should have led to USEF’s dismissal of the charge, co-counsel Michael Romm states.

One of the complainants’ experts Ted Shults is a toxicologist and an attorney who serves as the Chairman of the American Association of Medical Review Officers (AAMRO). “There is an expectation to see some degradation or lowering of the amount of drug or metabolite reported over time. Here we see the numbers keep going up. Where is the GABA coming from?” Shults asks.

When asked by Horse Authority, Shults characterizes quantitative results as plus or minus 20% of an expected value. “That is certainly not what we see.”

Romm insists USEF’s lab has a myriad of issues. The lab tests quantitative levels of blood for GABA although it doesn’t have the proper accreditation.

Documents also report chain of custody failures. When the B-sample, placed into the freezer “SL3,” was pulled out for testing 7-months later, it was removed from freezer “SL2”. There is no documentation explaining how the blood moved from one freezer to another.

USEF’s lab tested the initial B-sample for GABA on March 9, 2017. The Federation allegedly withheld the running of the sample and results from Glefke and Farmer’s legal team. Those levels tested eight times higher than the A-sample.

Romm tells us the lab altered its standard operating procedures by adding two calibrators prior to running the third GABA B-sample (it tested six times higher). The lab did not test the B-sample using the same methods as the A-sample, as instructed by Stephen Schumacher, DVM, USEF Chief Administrator of Drugs and Medications.

The lab used five calibrators in August 2016 to test the A-Sample, while it shows seven for the March 15 B-Sample.

When regulatory forensic testing mistakes happen, including quality control issues or sample handling incidents, Shults states, “the results are not reported or reported as canceled.”

The American Association for Laboratory Accreditation (A2LA), which accredits USEF’s lab, did not respond to a request for comment. (A2LA provides the Federation’s new certificate online, which states as of June 2017 the lab is accredited for quantitative analysis.)

Shults adds he lives by one rule in the “high-stakes world of forensic equine drug testing”.

“Do not pull the trigger until you have all the ducks in a row. It is unfair to all the stakeholders, including the laboratories.”

Glefke and Farmer answer the GABA charge before USEF’s Hearing Committee on June 6.

Glefke and Farmer tell us, “we have expended a significant amount of money retaining experts to review and analyze the pertinent documents. Each has been emphatic that USEF’s three different GABA runs from its company-owned lab, withholding of documents and significant breaches in the chain of custody make the results invalid.”

USEF’s Hearing Panel reportedly won’t allow a complete presentation of Glefke and Farmer’s retained experts and position. “This further limits our due process rights to a fair and impartial hearing,” the complainants add. “This is why we had to file with the USOC for oversight.”

The complainants want USOC to place USEF on probation for at least 6 months, while the NGB comes into compliance with requirements under the Sports Act.

USEF President Kessler confirmed receiving our questions regarding the USOC Complaint. “US Equestrian does not comment on active cases,” Julian McPeak, Director of Marketing and Communications wrote on his behalf.

After an athlete files a Section 10 complaint, the USOC appoints a hearing panel, which recommends if the NGB is in compliance. The panel decides if a non-compliant NGB should have its status revoked or placed on probation.

Following the hearing panel’s decision, either party may file a final and binding decision with the American Arbitration Association.

USOC did not respond to our request for comment.

This article may not be republished. 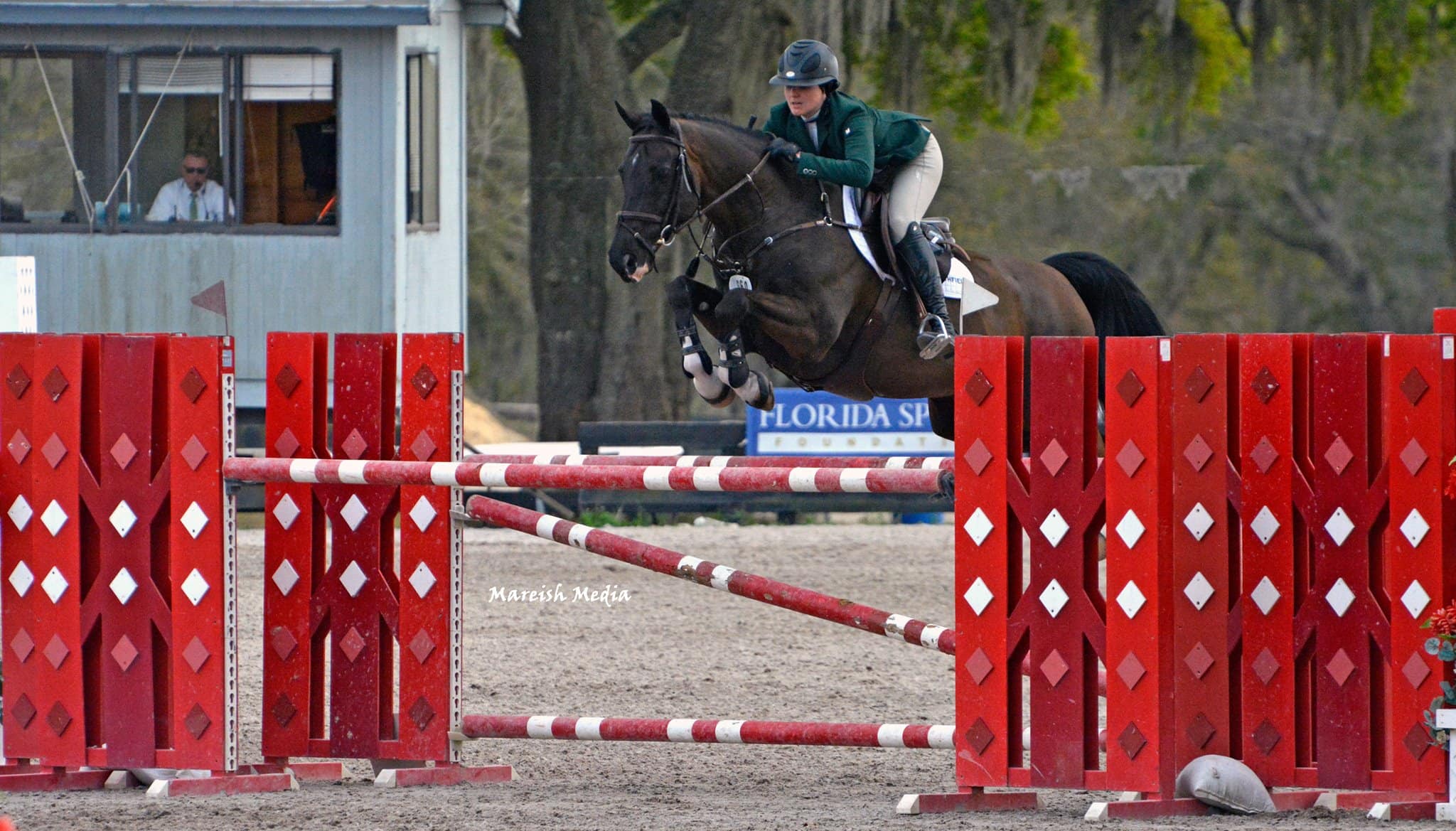