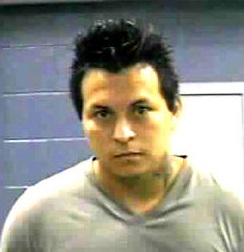 An illegal immigrant wanted in connection with an “execution style homicide” was nabbed Tuesday at a West Virginia boarding stable. U.S. Marshals found Alberto Mareo, who was going by the name Mario Flores-Contreras, working at Fiesta Farm.

Moreo is a member of the notorious Latin Kings gang and a suspect in a 2009 New York murder. Chris Lair, inspector with the U.S. Marshals Service, said the murder was gang related.

For the last six months Moreo has been laying low, cleaning stalls at the Saddlebred farm near Elkview. Authorities say he concealed his identity by using fake IDs, and changing his appearance including covering a neck tattoo with another. Lair said the farm’s owner believed his paperwork was in order, showing he was legal to work, but it was fraudulent.

Lair said Mareo could also face drug violations and federal immigration charges. He was turned over to ICE and is being held pending further proceedings. If charges are filed in New York, he will face criminal proceedings and then deportation to Honduras.

A tip to New York authorities led to Mareo’s capture.